The Operators are back in the Stadium to prove their worth and push their own limits. Take part in the fierce competition of the Six Invitational in the Road to S.I. 2021 event from January 21st to February 22nd.

Return to the Stadium map in its newly designed layout where all operators are back to prove their worth and push their own limits.

The Battle Pass offers 100 tiers for a total of 135 rewards on its two tracks. Throughout your progress, obtain a variety of items and exclusive operator gear, including outfits for our newly formed teams and their Captains.

This interview between Harishva “Harry” Pandey and Eliza “Ash” Cohen was conducted following the assignment of team captains for the next Invitational.

Harishva “Harry” Pandey: Congratulations on being selected as a team captain.

H: You don’t seem happy with your team roster. Want to talk about it?

A: You know exactly what my problem is, Harry. Don’t act like you don’t.

A: You’re damn right, Kali. How many times do I need to tell you? She’s going to get someone hurt. Or dead.

H: I’ve given her regular psych evaluations, just like everyone else. I don’t see any red flags that might validate your impression of her.

A: Your problem is that you have no combat experience. It’s well and good to see it from a clinical perspective, but from where I’m sitting, you’re playing with fire.

H: Is it possible you’re not giving her the benefit of the doubt?

A: No, because there’s no doubt about it. She’s dangerous.

A: You won’t be joking about it when one of us is hospitalized. Are you prepared for that?

H: As I’ve said in the past, your opinion of Kali has been noted.

A: Shouldn’t I have some kind of voice in this?

H: You do have a voice – on the field. As a leader, you don’t always have the luxury of choosing your subordinates. This is your chance to prove that you can successfully lead a difficult team member.

A: Let me know how it turns out. Now if you don’t mind, I have work to do.

H: How are you feeling about it?

C: I have worked with many of these individuals before, but there are some new people I have not yet met. Ace, on my team, and the new woman on Mira’s.

H: That would be Aruni.

C: Yes, exactly. I am eager to find out what they are capable of.

H: Your unfamiliarity with them, you don’t expect it to be a problem, do you?

C: Everyone warms up to me eventually. Even this Ace fellow. He shares my love of good Cuban tobacco.

H: Oh? I wasn’t aware. I think your smoking by itself is more than enough for the entire Program.

C: (laughs) Maybe it is, but you know what fighting has taught me?

C: To cherish the good things in life when you can, because it might end at any moment. If you have a fine cigar, don’t wait until it is too late to enjoy it. H: I don’t see what’s so enjoyable about carcinogens, but I’ll take your word for it.

C: (chuckles) It is good what you are doing, Harry.

C: As a soldier I have seen many things, both beautiful and horrifying. I do not do my job because I enjoy it, I do it because it must be done... to make this world a better place. The Invitational allows me to lead without fearing that my people might die, or worse.

H: Please don’t light that in here. I had the signs installed for a reason.

C: Quite right! (laughs) I’ll save this for Team Capitão’s victory!

This interview between Harishva “Harry” Pandey and Elena María “Mira” Álvarez was conducted following the assignment of team captains for the next Invitational.

Harishva “Harry” Pandey: Did you expect to be chosen as a team captain for this year’s Invitational?

M: I’m the head of Research and Development. I assumed I would have some other role to fill, such as reviewing and modifying operator equipment to align with safety protocols.

H: Much of that work has been done. You’re free to participate.

M: Very well. I’d like to speak with Twitch and see if she can help me create a simulation to validate my tactics. That is, if such a thing is allowed.

H: Twitch isn’t assigned to a team, so that should be fine. Have you given any thought to the other team captains? Their rosters?

M: Team Vigil is going to be interesting. Talk about a team full of blunt instruments.

H: And you can simulate them?

M: Of course! With enough variables I can duplicate every team down to the exact number of grommets on their boots.

H: What about the newer specialists? Do you have enough data to represent them?

M: That’s a good point. I’ll need to make a few WAGs, but I’ll keep the margin of error minimal.

H: One of the newest specialists is on your team.

M: Affirmative. I’ll see if Aruni can help me tune her simulation profile. She’s not what I expected.

M: She’s just a funny, incredibly nice person. Her demeanor, her love of teamwork... she seems far too wholesome to be one of Kali’s hired guns.

This interview between Harishva “Harry” Pandey and Chul Kyung “Vigil” Hwa was conducted following the assignment of team captains for the next Invitational.

Harishva “Harry” Pandey: How do you feel about being selected as a team captain?

H: Curious about what?

V: Why would anyone choose me to lead a team?

H: Why wouldn’t they?

H: The fact that you were chosen indicates someone thinks you are.

V: Look at the caliber of the other captains. I don’t feel I measure up.

H: You don’t give yourself enough credit. You’re a superb specialist with extensive experience. It’s all relevant to the Program and the Invitational.

H: How do you think your team is going to perform?

V: They’re professionals, which is good. I don’t have time to babysit anyone.

H: Any thoughts on your tactics?

V: The best defense is an effective offense. Dominate the field, neutralize the opposition quickly and efficiently. Put them off-balance and take advantage of their confusion.

H: How do you plan to do that?

V: Alibi can cause distractions, Clash can bust some heads, and Lesion can slow them down. I’m concerned about Ela, though. She needs a strong leader and I don’t think I’m that guy.

H: What about the other teams? Which one gives you the most concern?

V: Team Ash has a number of heavy-hitters on its offensive roster. Kali’s a crack shot and Thermite’s exothermic charges, if utilized appropriately, are a game-changer.

V: We’ll make our own luck, thanks. 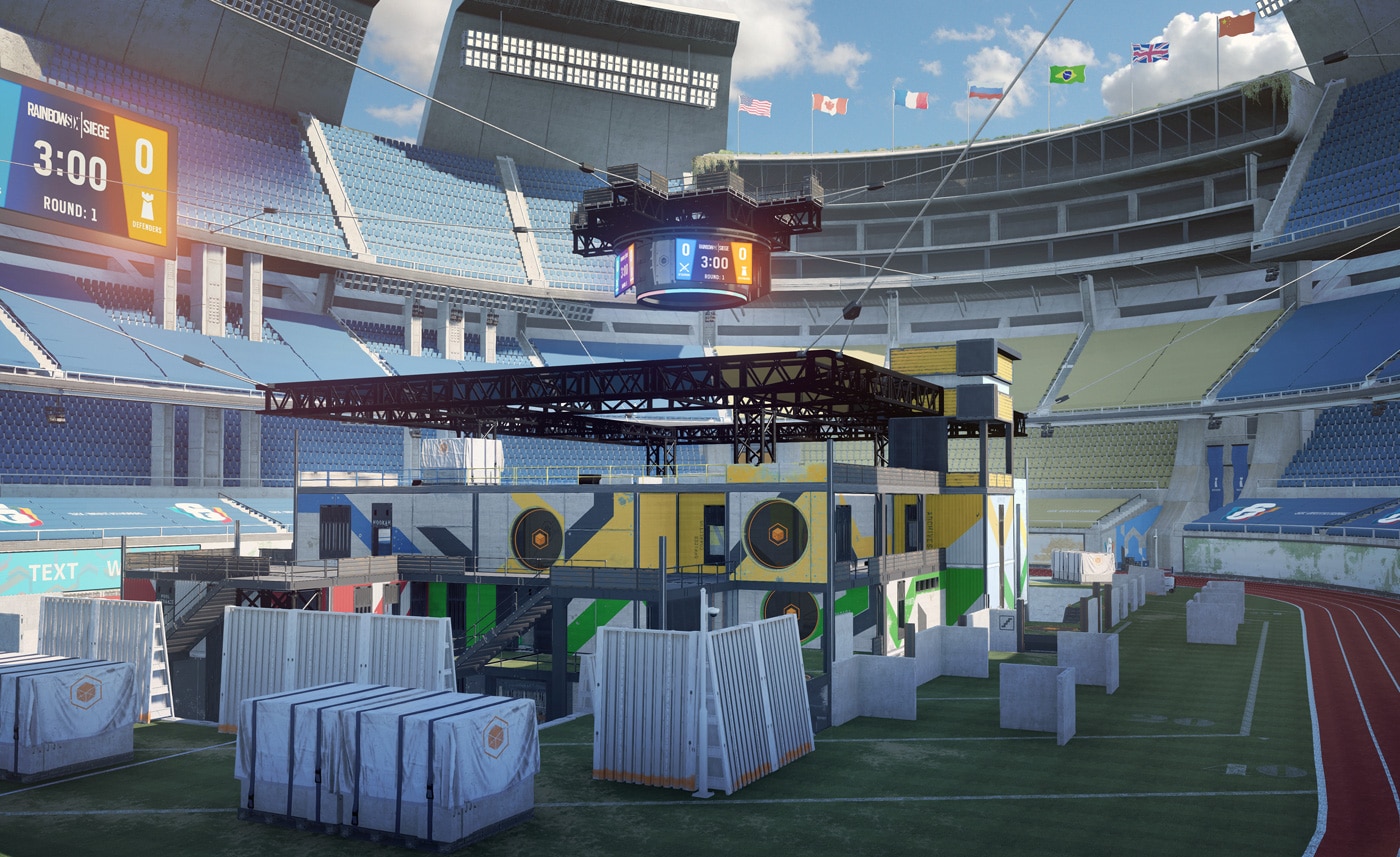 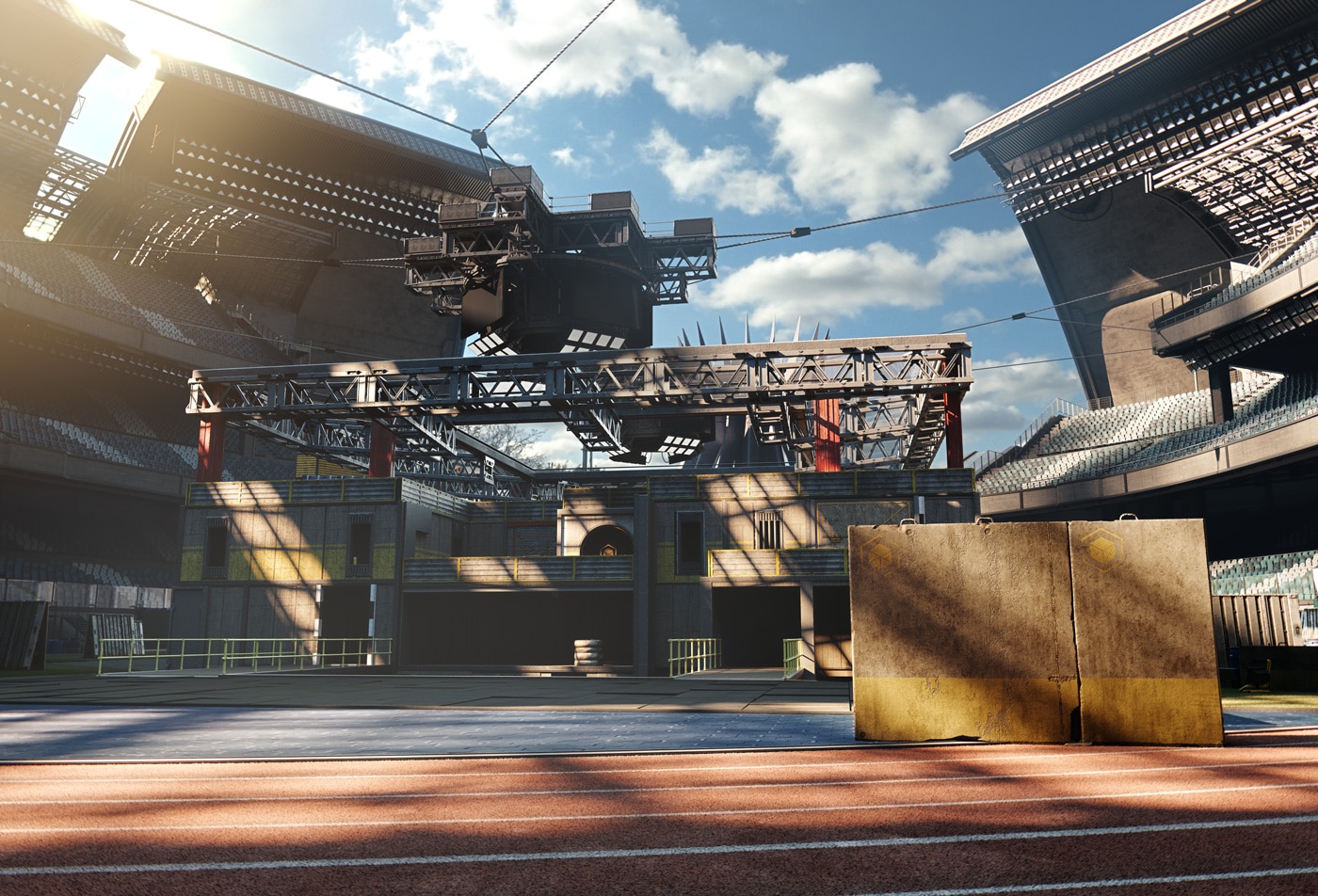 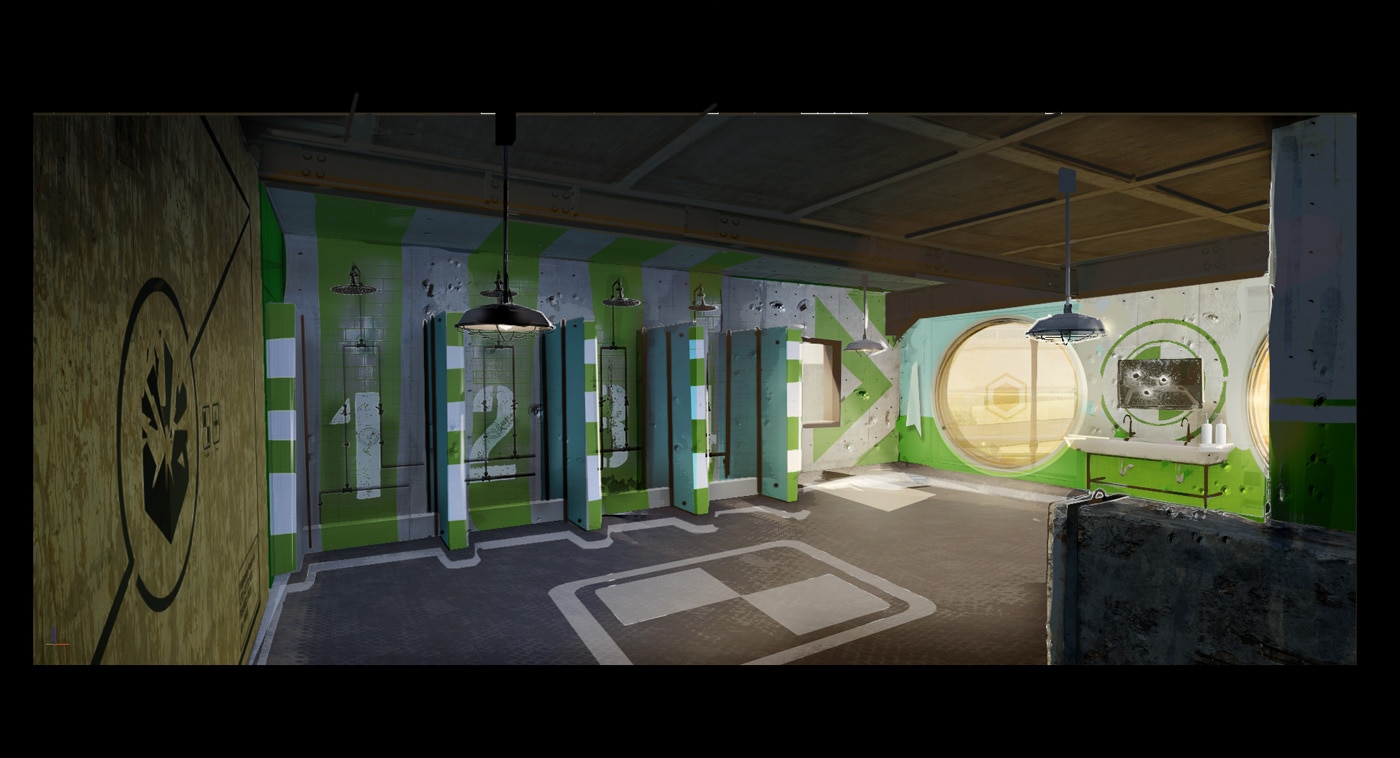 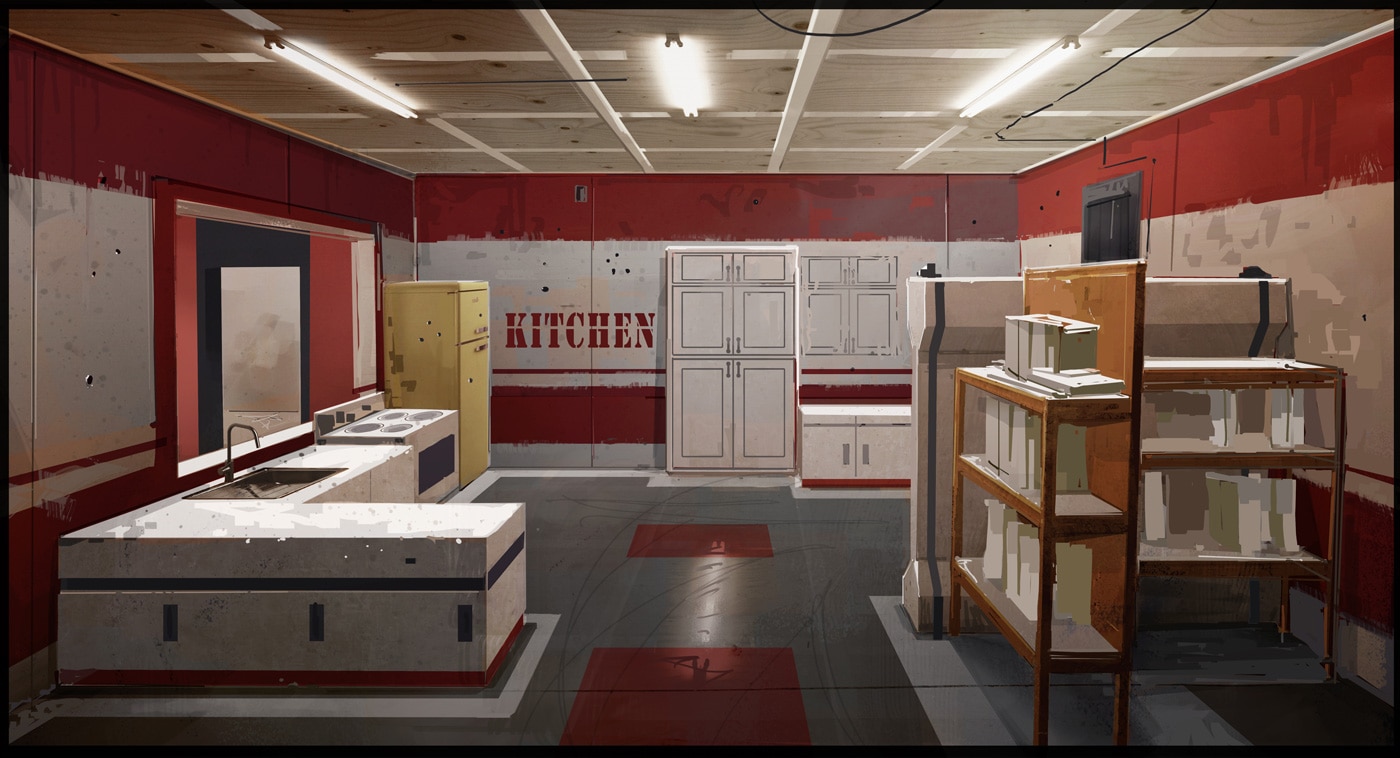 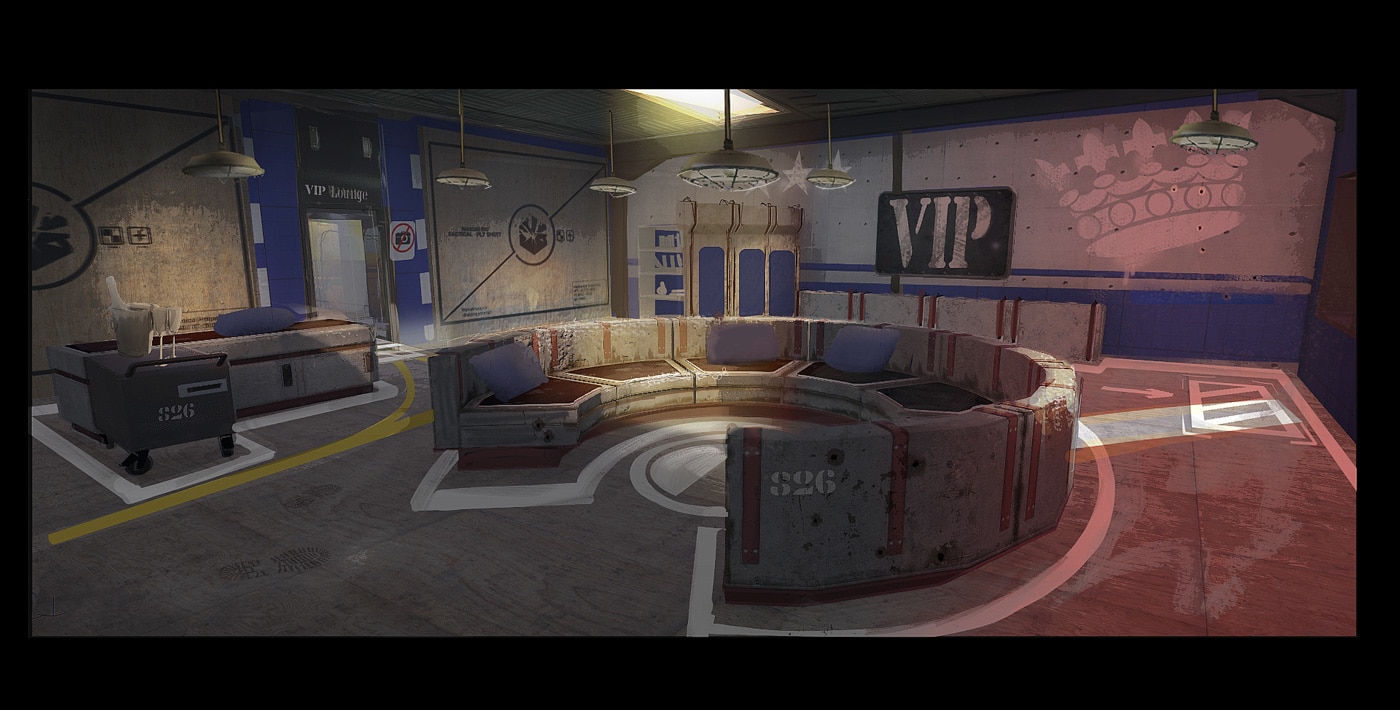