The re-runs of the Year 2 seasons continue with the return of The Division 2’s fourth Season, End of Watch. This season will be available for all Warlords of New York owners for you to revisit or experience them for the first time if you missed them!

Within the re-run of Season 4, players will be hunting down an old ally: Faye Lau. Her betrayal of the Division is no less bitter, and it is up to you to take down her and her fellow Rogue SHD agents.

As a reminder to all agents, Season 7 will kick off with Preseason Week on August 31st. Your first target in gathering intel on Lau’s whereabouts is Viper. She will be available come after Preseason Week on September 7th, so prepare your builds. To compliment the beginning of the hunt you will receive a boost to your progress with a Double XP event for the first 15 levels. Here’s a rundown of the season in its entirety: 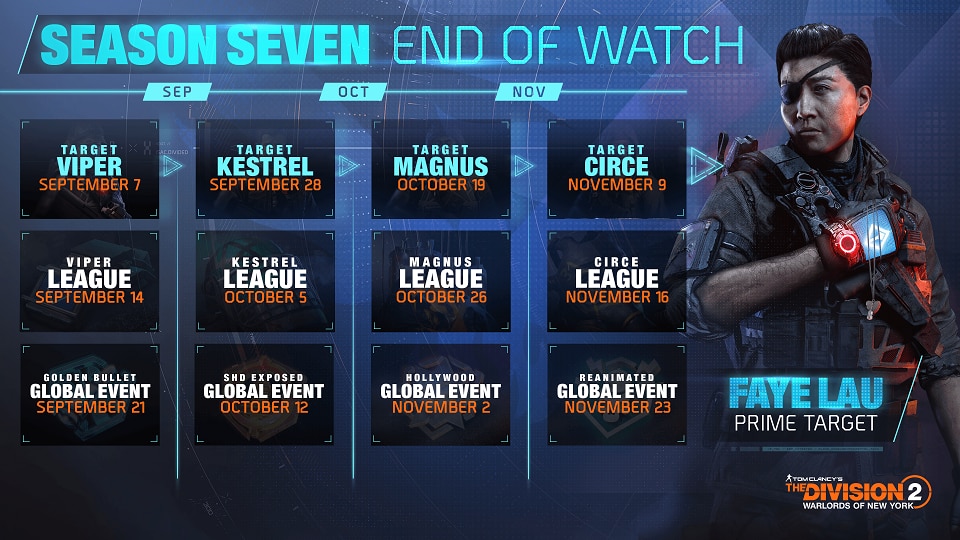 For those who did not participate last time, you will earn the Achilles Pulse Skill Variant for completing the Manhunt! 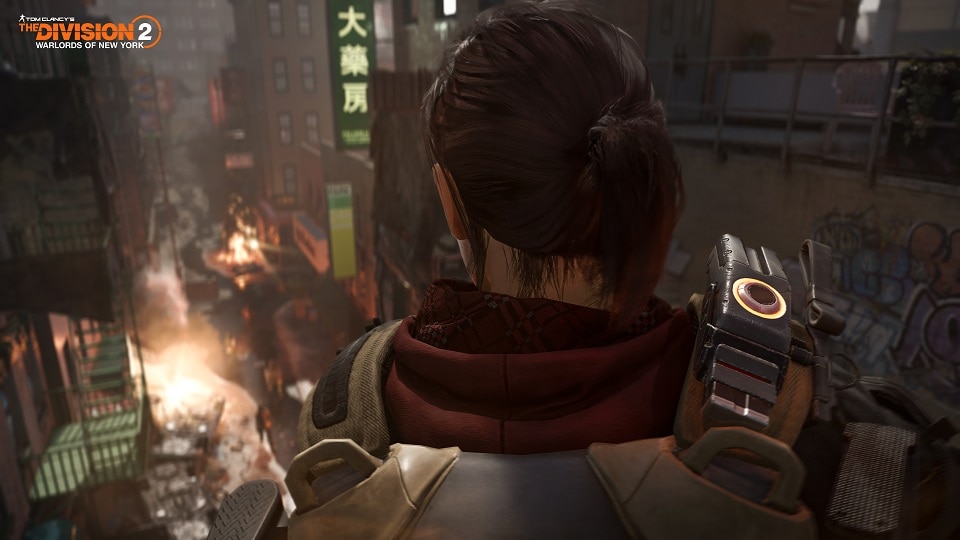 These time-limited events will be returning for the duration of Season 7, recurring every Tuesday. Players will be able to opt in to the following Global Events for a change of gameplay: Golden Bullet, SHD Exposed, Reanimated, and Hollywood. Challenges will be available for participants to earn stars, which in turn can be used to purchase special caches or crafting materials. Spend them wisely!

If you’re in the mood to compete with other players, you can participate in the Season 7 Leagues. Equip your speedy build, memorize those enemy spawns, and do some leg stretches, because only the fastest players will reach the top of the leaderboard! Competing in the Leagues will rank you up the season ladder, where you can earn up to 10 League specific rewards!

The season will offer a free and premium reward track. You can purchase the Season Pass for 1000 Premium Credits, which equates to roughly $10 or your regional equivalent. However, those who purchased the Season 4 pass previously will not have to repurchase it again. This will be a great way for those who missed out on Season 4 to earn some highly sought-after gear such as the Scorpio Exotic Shotgun and Waveform Exotic Holster!

That’s all for now! Until next time.