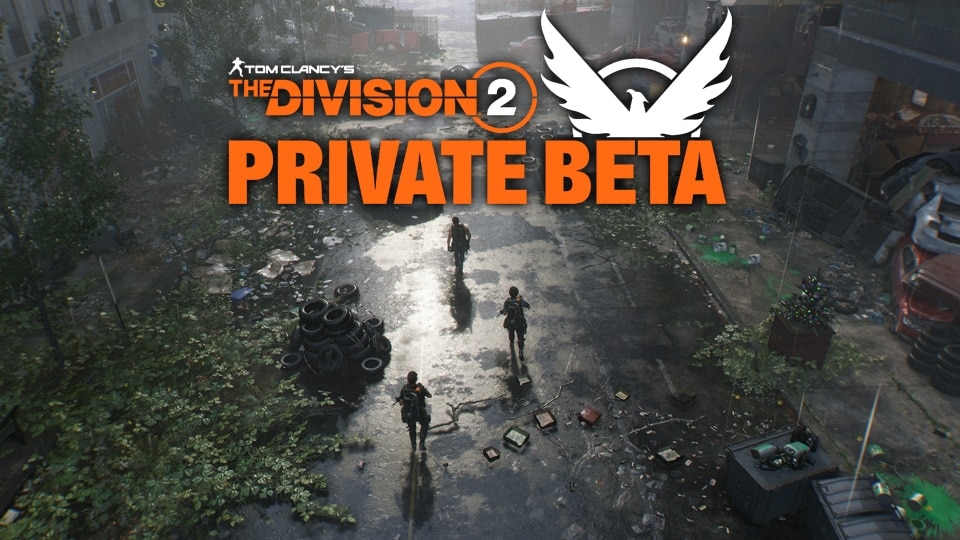 With The Division 2 Private Beta right around the corner, we know some players are eager to learn more about some of the technical details of the Beta.

The Private Beta will include the following languages:

The Private Beta download size will be 46 GB. There might be small variations depending on which platform you play on, but it will not vary considerably.

Before the Private Beta begins, we will also publish a small patch of under 200 Mb.

As a reminder, pre-load will be available starting February 6th at 9am GMT.

Players who pre-ordered and redeemed their code will receive an email confirming their Beta access starting February 6th at 9am GMT, when pre-load is made available.

Some selected players who registered on thedivisiongame.com/beta can also start to receive their Beta access by email starting February 6th at 9am GMT.

All Private Beta players will be able to invite up to 3 of their Uplay friends to join them in the Private Beta. Friends invites will be available on thedivisiongame.com/beta starting February 6th at 5pm GMT.

Players joining the Private Beta through a friend invite will not have access to this feature.

The Division 2 Private Beta is not under any Non-Disclosure Agreement, so please feel free to discuss your time in the game, share your screenshots, and stream or capture any content you wish.