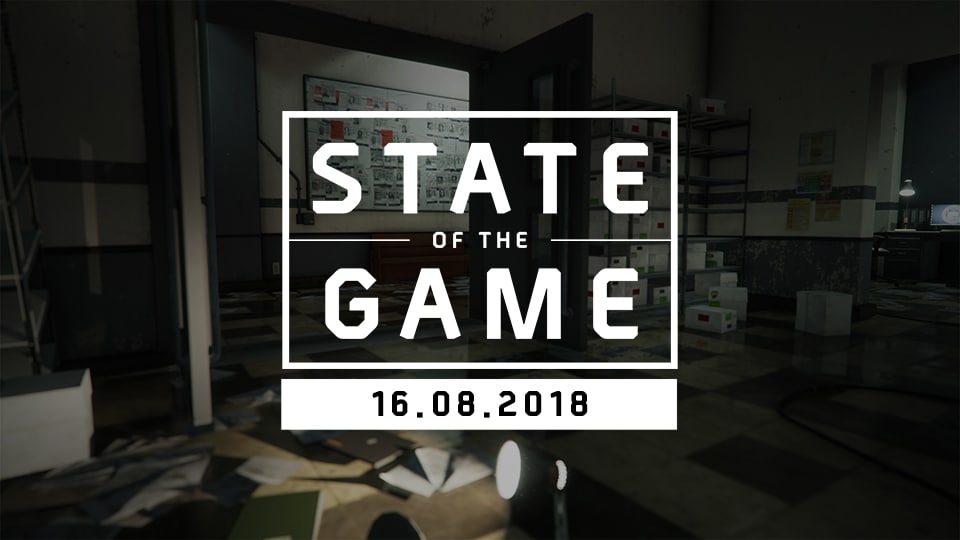 During the last State of the Game, Community Developers Petter Mårtensson and Yannick Banchereau discussed the launch date of the sixth Shield and a revealed a couple of details on the upcoming Update 1.8.3.

This week, Creative Director Terry Spier joins Community Developer Petter Mårtensson to discuss the launch date of Update 1.8.3 and a deep dive into the upcoming changes to the Striker's Battlegear set.

Update 1.8.3 will release next week on Thursday, August 23rd. Its focus will be bug fixing as well as a rework of the Striker Battlegear's classified set.

The Striker changes and some of the fixes coming in 1.8.3 discussed during today's stream are listed below. The full changelog will become available next week in conjunction with the patch release.

If you would to learn more about the reasoning behind these changes, you can watch the full interview with Creative Director, Terry Spier on the Twitch VoD.

Gamescom, one of the largest gaming expos in the world is just around the corner. The event will take place in Cologne, Germany from August 21st to August 25th and The Division 2 will of course be there! If you're attending the event, make sure to swing by the Ubisoft booth for a peek on what The Division 2 has in store for next year as well as a chance to get hands-on with the demo!

Stay tuned for future State of the Game episodes to keep up to date on everything The Division.