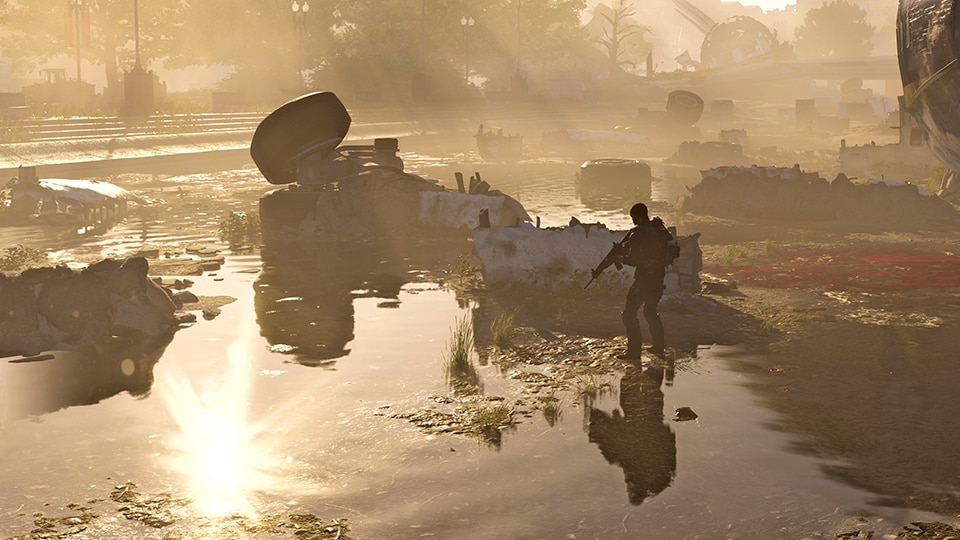 Joining the fight together with the other Specialists, The Gunner is equipped with the powerful Minigun, which will be a force to be reckoned with on the streets of Washington, D.C. With an emphasis on sustained damage output and damage resilience, the Gunner will serve as the vanguard of SHD Agents in the ongoing fight to reclaim the city.

When activated, The Gunner receive bonus armour based on the amount of Specialization ammunition they are carrying and can easily tank incoming damage for short periods of time while using their Minigun to suppress their enemies. There's a catch though – when the weapon is drawn, the Gunner can't enter cover, vault or roll.

To get enemies out in the open, the Gunner comes with the Banshee Signature Skill, which ignores cover and causes its targets to become confused. When an enemy stumble out of cover is the perfect opportunity for the Gunner to use their special grenade – the Riot Foam grenade – trapping the enemy in place.

The specialization comes with a new skill tree and the P320 XCompact sidearm.

The Gunner will be available to test on the Public Test Server, opening on June 4th, in order get as much feedback on it before it is released on the Live servers in Title Update 4, coming in June 2019. Please join us on the official forums and tell us about your experiences with it.

While the three previous Specializations are automatically available to you when reaching level 30, to unlock Gunner you need to take on Special Field Research: five stages of in-game challenges, each with their own set of objectives and rewards. By completing all five stages, you will gain access to the Gunner Specialization and the newest signature weapon in the SHD arsenal.

If you have the Year 1 Pass, you will instantly unlock the Gunner Specialization. You can still take on the Special Field Research, but as you progress through the stages you will unlock additional, exclusive cosmetic rewards; the Fisticuffs and Front Flex emotes, Charcoal and Detritus gear dyes, Rosethorn and Pineapple weapon skins, the Gunner mask and the Gunner specialization uniform.

The Special Field Research will be available on the Public Test Server, but on the PTS you will not have to complete it to give the Gunner a go.