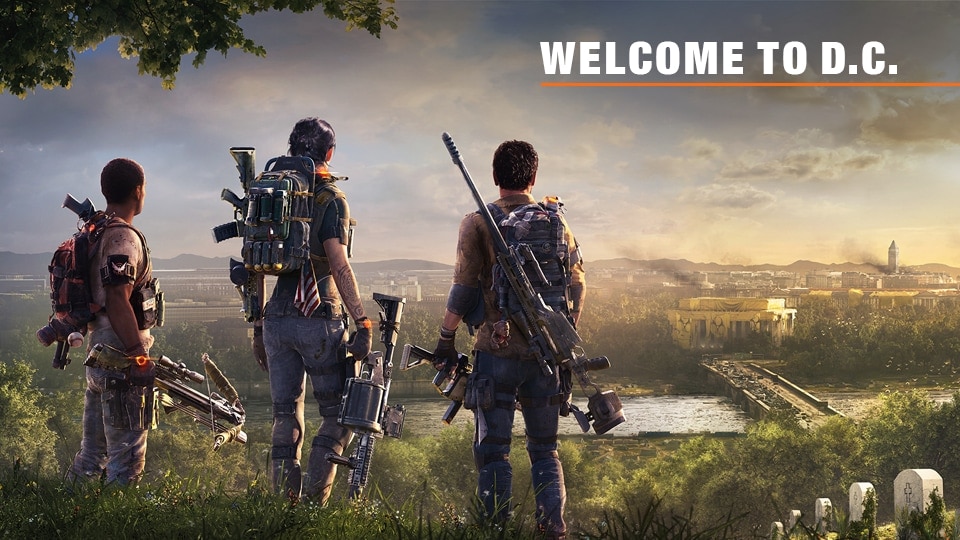 The Division 2: Welcome to Washington D.C.

It is seven months after the events in Manhattan. The long winter, the snowy streets of New York, and the holidays are now behind us. However, tensions are the highest they have ever been, as the Dollar Flu penetrated the eastern coast and ravaged one of the most iconic cities on American soil. At the same time, the summer sun is blazing, the heat is palpable, and as time goes by nature has started to take back the city.

If the capital falls, the entire nation falls with it. This is a call-to-action, Agent. Welcome to Washington, D.C.

The Division 2's Washington, D.C. is a 1:1 recreation of the renowned capital of the United States. Authenticity has been key to deliver a unique visual experience within the world of The Division 2, and you will be excited to recognize historical landmarks and monuments, devastated by the surrounding chaos, as you move through the city. Nature has taken its toll since the virus broke out, with flooded and overgrown areas that you will have to navigate through. Open, residential neighborhoods with longer sight lines and wider city blocks contrast with dense commercial areas.

The overarching power struggle between Division Agents and enemy factions provides an opportunity to create dynamic gameplay elements that transform the city into a living, breathing world. You will engage in back-and-forth conflicts over strategic checkpoints in an attempt to re-establish order and develop new strategies based on the varied terrain as nature degrades and erodes the environment.

The civilians of the city have banded together in settlements, places of refuge that are now under siege. A civil war is looming, and The Division – you – will have to make sure that doesn't happen.

In The Division 2, the city is not only the backdrop - it's a character in itself. We can't wait to share this new world with you and go on a journey together into a transformed Washington, D.C.