The Division 2: Warlords of New York, Season 2 – Keener’s Legacy surges forward with the Huntsman League, a new chance to show off your speed and precision against the factions of Washington D.C. This league features time trials on the ViewPoint Museum, Jefferson Plaza, and Air & Space Museum missions on Hard difficulty. As well as the District Union Arena stronghold mission on Challenging difficulty. Additionally, there are challenges for Headshot Kills and Weak Points Broken that can be earned throughout all activities.

The Huntsman League will run until August 25 and the stages of the challenges will reset on August 17. This will give you another chance to rank up and gain the final rewards - or reach an even higher stage total! The Huntsman Spider patch awaits as the Rank 1 reward, with the Loyal Hound backpack trophy at Rank 10. Other ranks throughout the league will grant Named Item caches, Season caches, material caches, and an Exotic cache for your efforts! 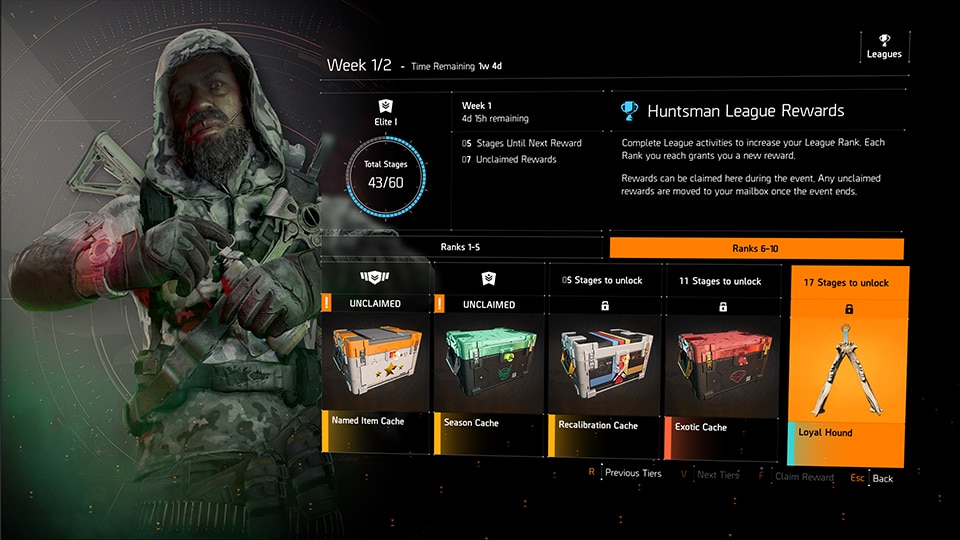 There was no State of the Game stream this week, but we will return on August 19 with a new look at a feature coming with TU11 that’s been a popular request since the early days of The Division.

We conducted a routine maintenance on August 11 that addressed several recent issues.

The Phoenix Down Apparel Event is now concluded. Items from the apparel event will make their way into Legacy and Standard apparel caches sometime in the future and join the rotating pool of items. You can find the list of currently available apparel cache items here.

Agent @cooks_lil has gone above and beyond to help out their fellow SHD agents with some detailed gear breakdowns. Many of these guides are up to date with TU10.1, so don’t hesitate to pull them up if you’re ever in a pinch: 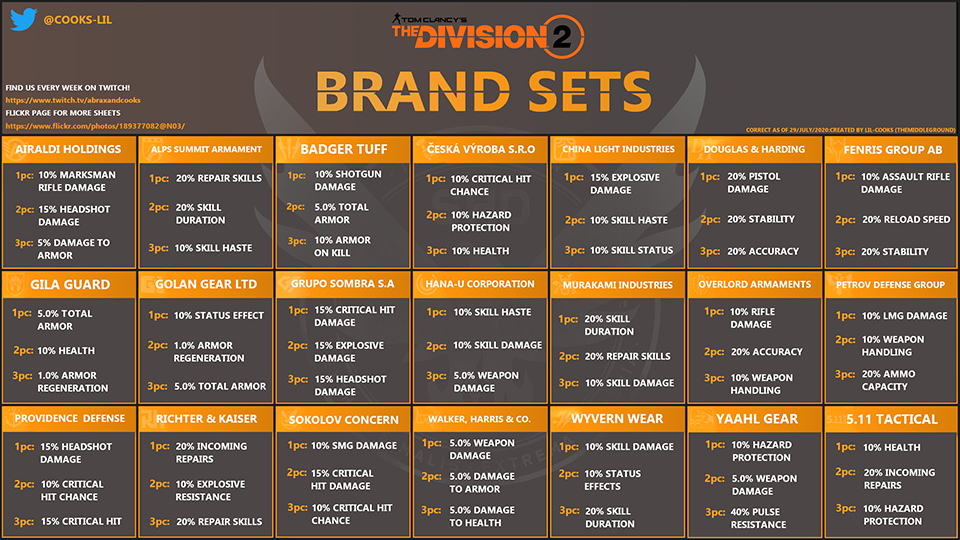