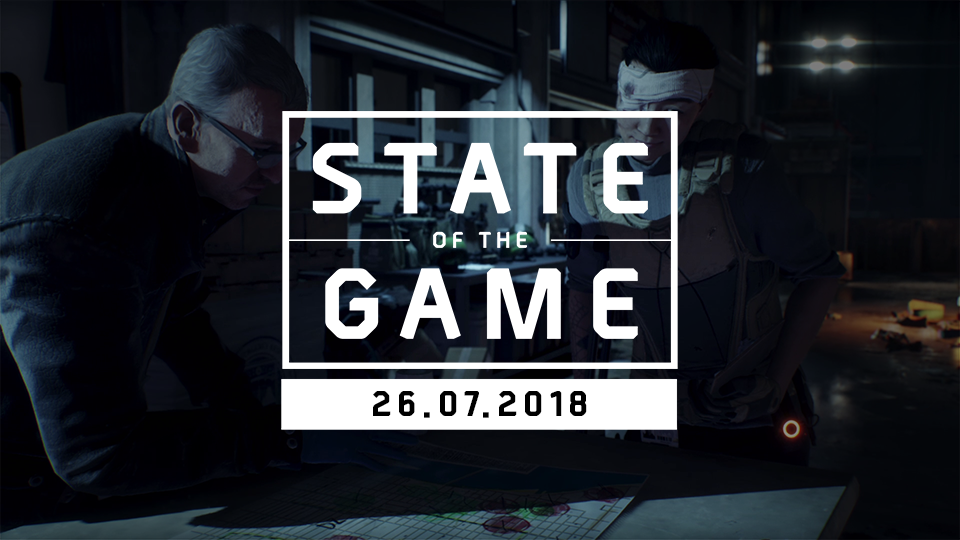 During the last State of the Game, Community Developers Yannick Banchereau and Hamish Bode announced the launch of the next Shield, a free Underground DLC Week, and an upcoming client patch.

This week, Yannick and Hamish return to announce the start date of the next Global Event Assault and to provide a quick update on the upcoming client patch.

During this week's maintenance we deployed a server-side fix for the ‘Fast Mover' commendation and it will now progress as intended.

The Underground DLC free week is now over. We hope that you enjoyed your time down in the Underground and got a chance to complete Sacred - our newest Shield.

Global Event Assault is returning next week! It will start on Monday, July 30th 8 AM UTC and will run until August 6th, 8 AM UTC.

Earn cosmetic rewards by completing commendations and by achieving high rankings in the leaderboard.

The following Classified gear sets will be available during Assault.

See you in the streets of Manhattan, agents!

Today we confirmed that the upcoming patch will address the current Striker's Battlegear meta with the aim to increase build diversity. Additionally, a potential fix for the ‘Running in place' bug is being investigated.

A few more issues are also currently being looked at. More information will come at a later date as we are still early in the process. Stay tuned to future State of the Game episodes for more information!