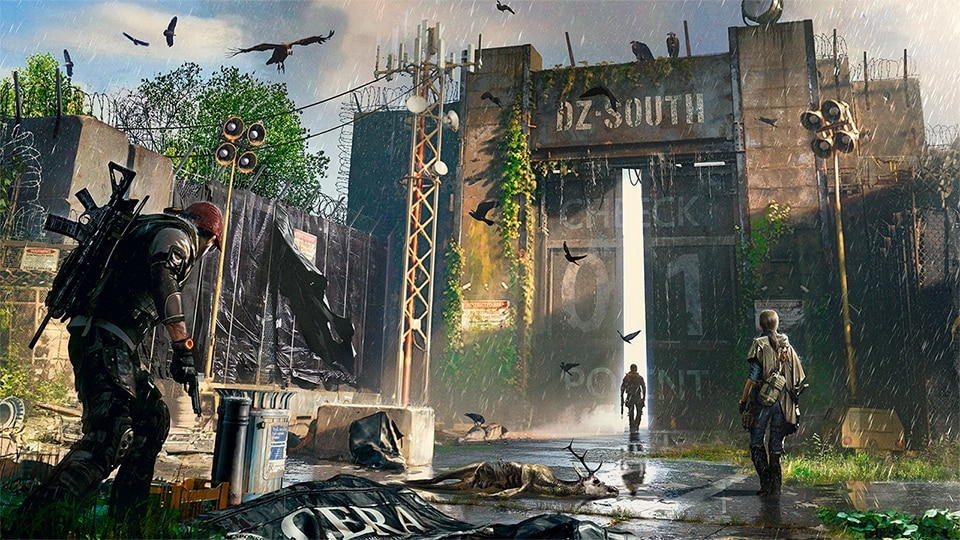 With Title Update 6, Episode 2 will arrive in The Division 2. As previously mentioned, in Title Update 6 we're offering you new ways to target specific loot. With that, we're also planning to change and improve several areas for our PvP communities in the Dark Zones of Washington D.C. and Conflict.

First off, we're going to change normalization in all Dark Zones and Conflict.

With TU6, all player stats will no longer be modified, and agents will receive their full recalibration bonuses at end game. For players below Gear Score 500, we will still apply normalization to boost them up to that level, to allow an easier entry into the Dark Zone and organized PvP.

Talents will still have a PVE and PVP version and the normalization toggle in the UI will now change the talent text to reflect how these work differently in and outside of normalized PvP.

Alongside this, all PvP modifiers will be displayed in the UI for better clarity.

We're also making changes to the Supply drops in Dark Zones by changing their variety and increasing the locations in each zone where drops can happen.

Supply drops in Episode 2 can drop in landmarks that are not active and the fights for these can feature multiple bosses or factions. This will not only raise the difficulty, but it will bring more variety into the game loop and makes the drops less predictable. Also, more bosses and factions mean a higher chance or contaminated loot, so fighting for these drops will be more lucrative.

For the Occupied Dark Zones, we'll be adding supply drops that are guarded by Black Tusk soldiers, offering some more challenges to players and a chance for more loot!

We want to give more importance to the Thieves Den vendor, which now has a proper vendor store where it accepts DZ resources.

There will be an indicator on the world map which will display the specific DZ where the Thieves Den Vendor is located. At end game, the Thieves Den vendor will move between the two non-occupied Dark Zones.

Additionally, the normal vendors outside each Dark Zone's main gate will accept DZ Resources and will have their stock reworked.

In the past, one of our biggest goals with the DZ was for it to always feel like a fully seamless experience with the open world. This led players, depending on which server they were assigned to, going into empty DZ phases.

In Episode 2, we now try to place you onto a server that will help ensure you're playing in a full zone. The server transfer can happen when players first walk into a DZ checkpoint.

A Few Other Changes to the Dark Zone

We want to keep things spicy in the Dark Zone. In Title Update 6, you might get ambushed by NPC's while extracting your precious loot.

Another change we're introducing in TU6 is that hacking a DZ terminal will temporarily highlight boxes containing loot around you. You will be encouraged to hack more terminals, considering that the updated Thieves Den Vendor now accepts DZ resources.

In Episode 2, a new game mode will join the Conflict playlist, Team Elimination. Designed to encourage a more tactical approach and promote team play. Team Elimination is a 4 versus 4 mode where the first team to score 4 rounds on a total of 7, wins the match.

Team Elimination features new boosts, such as team revive or motion sensor boosts. These might change the flow of the match and give you the chance to be those decisive players that can potentially save the team or finish all the opponents!

This new mode will be coming to the Episode 2 PTS Tuesday, September 24th! We'll make sure to get you the exact timing as soon as possible. Let us know what you think sharing your feedback on our PTS Forums!

Players will now always earn a reward for playing in Conflict, regardless of winning or losing the match. You will still earn additional rewards for ranking up and winning.

We felt Conflict reward pacing was not on par with the rest of the game, therefore we hope these changes will incentivize you to get in a match and get more gear for your time and efforts.

We're introducing PvP projects to Conflict. The daily Dark Zone project now rotates between a Conflict and a DZ project. Each day, when you log in, this project should steer you towards taking part in a different experience.

Once you have voted for which map to play on, you will have the chance to swap to any of your pre-built loadouts directly from the map voting screen. We believe this allows you to be ready to fight even before starting a match. However, you will still be able to change your loadout while being in a match.

We hope you're excited about the upcoming changes with Episode 2. In case you've missed it, here you can find the State of the Game for the changes to the loot and PvP.