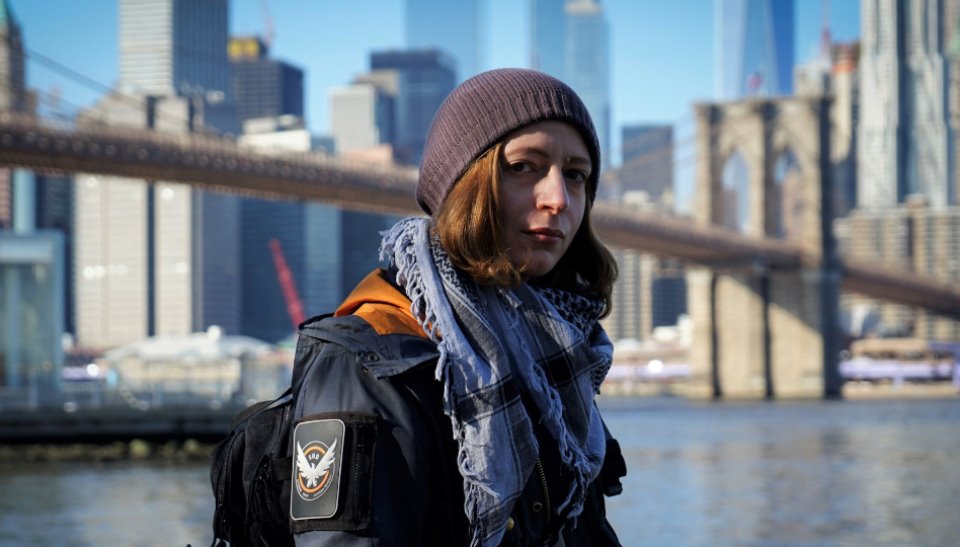 Today, we are continuing the article series which highlights brilliant members of The Division Community - SHD Spotlight. We want to provide opportunities for community members to share their creations, stories and connection to The Division brand. If this speaks to you and you would like to be featured in a future SHD Spotlight, reach out using the hashtag #SHDSpotlight!

For our second interview, we sat down with long-term community member and cosplayer, Agent Mabeobja, and asked a few questions!

Mabeobja is both a talented Cosplayer and translator for the community within The Division, creating mesmerising outfits as a hobby, filling people’s timeline with great photos and highlights, and translating important information for the French communities. The creativity and dedication to the items created are quite inspiring and we wanted to highlight her passion.

The cosplay journey began at the age of 21 and she has been creating outfits for 15 years. It was her grandmother who helped to show how to create patterns and use a sewing machine for her very first outfit, which was Yuna from Final Fantasy 10.

The initial Division journey began back in 2014 when she was first introduced to the E3 cinematic Trailer by her best friend. Although she was not originally a third-person shooter player, she found the gameplay very addictive for its MMO and RPG elements.

Reading up on the New York collapse left her wondering what life would be like as an SHD agent, and the journey for cosplay ideas began.

“I take a heck lot of screenshots and yell “This game’s lighting!” on Twitter, but I’m mostly known to dress up and run around places with fake guns and an adorable seeker mine, pretending to be a real-life SHD Agent – Also known as cosplaying” 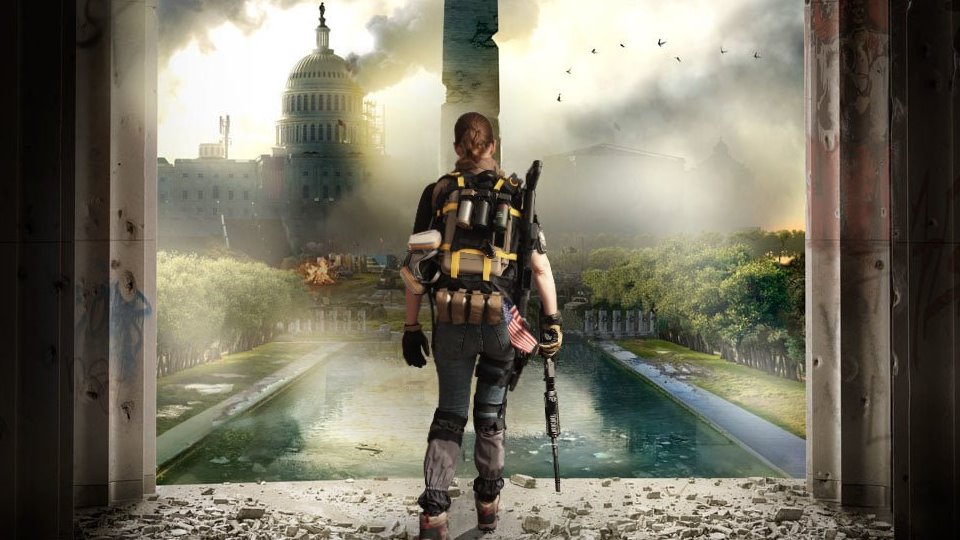 We asked about the community and if it gave herself inspiration, and she explained that when she started to play the game and connecting with other player’s around the world through social media, she found it to be very welcoming.

Division cosplayers are a rather tight-knit community all around the world, so every time I see a cosplayer post something, I feel inspired in one way or another - whether it’s a pose I like, a story element they came up with, or some piece of gear they made.

Mabeobja recently created a small photo shoot with her friend Agent Jo (@TheRealCrazyJo) in his back garden and re-created an “Outcast” environment with yellow and black tarp, complete with Biohazard signs and tape. All of the elements used were heavily inspired by The Division 2’s environments. We can agree that the set-up looks rather good! 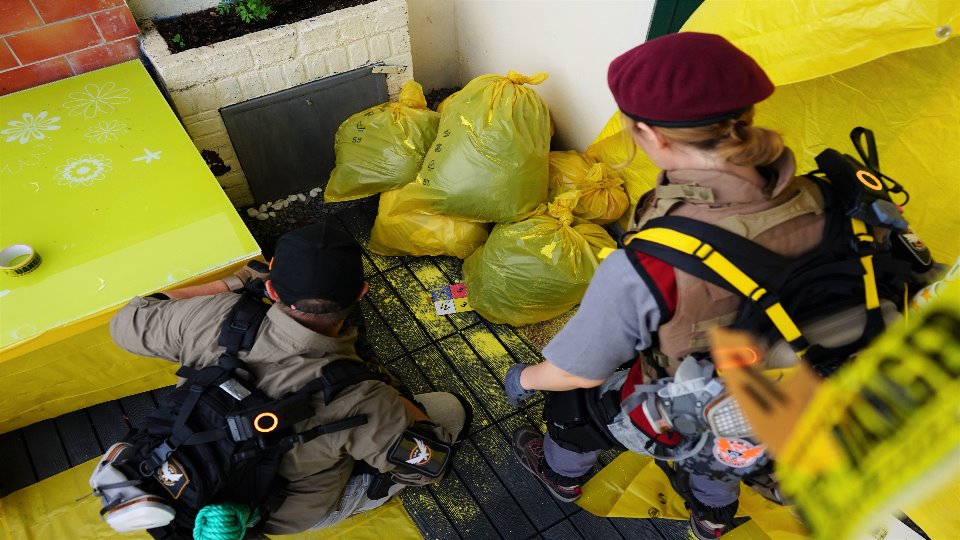 A key reason why Mab likes to keep creating cosplay for The Division is that in her 3 years of doing it, she has received hundreds of messages from people around the world, telling her that they started to cosplay because of her talents.

Her friend Max (@wildmax10) is an inspiration to her on multiple levels and she has described him as being “a real-life SHD agent”. He helped to put together the back story of Agent Mabeobja: A translator for the worldwide breakout in emergencies. In doing so he also gave her WHO documents to include in the photos.

Being involved with the community Mab has organized and helped co-ordinate multiple community activities. Back in 2017, she created a small online event with the hashtag #AgentActivated, which invited people to re-create the moment their agent was activated via a photo. From the collected photo’s a community set-up was created with missing person posters, which were then used as a background to take cosplay photos.

Last Christmas, Mab collaborated with @BinaryKitten to organize the second Division Secret Santa event using the hashtag #DivisionSecretSanta on Twitter. 39 Community members from over 11 countries world-wide took part! It was a fun way of giving the community a lot of holiday joy. 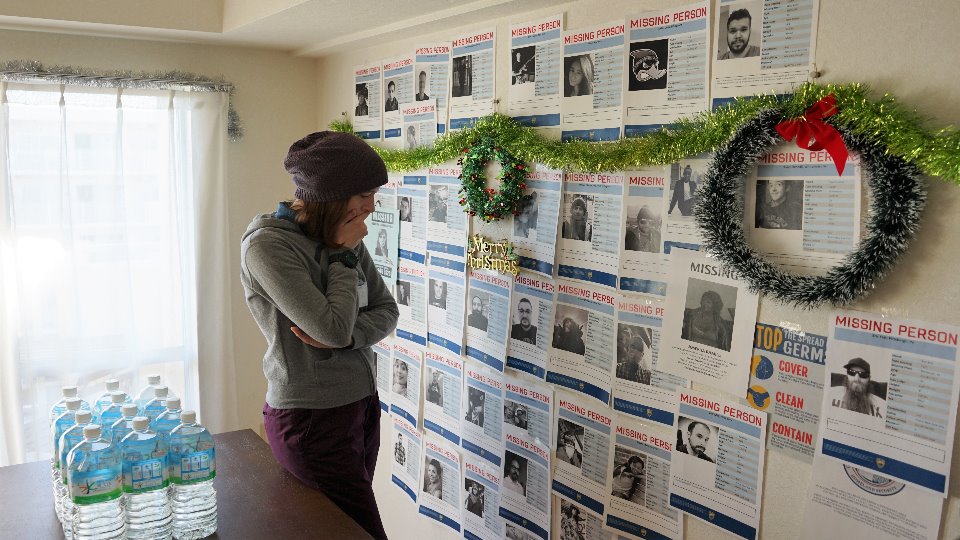 Agents Mab, Romain, @AgentRomain and Jo run a French speaking Twitter account called SHD France, created to keep their community informed on all things The Division 2, to translate the State of the Game, and share things such as cosplays,tips, surveys on questions that matter to their community.

If you have been to an event in the past couple of years, there is a chance you may have stumbled across Agent Mabeobja herself. She has in fact travelled the world with her cosplay and has not been shy of going to events. In February 2018 she joined an (unofficial) Ubisoft themed airsoft event in Japan in cosplay which saw The Division agents were pitted against Rainbow Six Operators.

For her impressive cosplay, she was invited to E3 as one of our Star Players along with other Division cosplayers. With early access to some of the character designs, the initial fun factor kicked in with creating a new costume before launch.

2018 was jam packed and in August, she attended her first Gamescom in Germany as Agent Heather Ward. This gave her the chance to meet agents and the community from around Europe for the first time. In October, an invitation to Paris Games Week from Ubisoft France was given to Mab, to help promote The Division 2’s upcoming release.

We invited Mab to attend the Massive Studio for a PC event that was not related to The Division, however she was able to bring her costume and take a few photo’s around the studio. Whilst adventuring around the office for a perfect photo moment, she met with Damien Tournier, Senior lighting artist and was star struck.

I would say touring Massive Entertainment IN COSTUME is the most stand out moment ever! 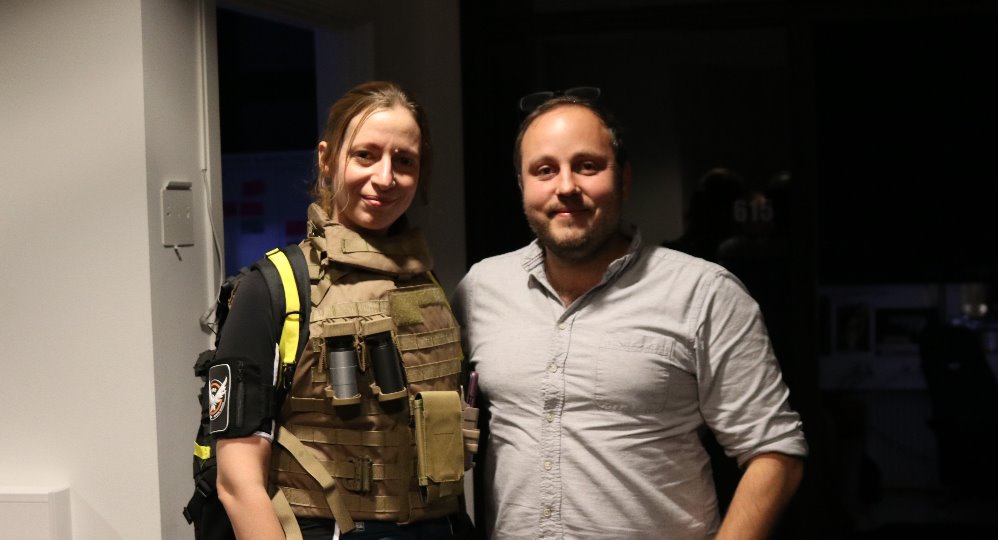 We asked if there were any personal favourite photos and she chose a favourite within The Division, and we are glad she did! For The Division 1, a re-creation was made of a moment on the rooftops when finding Aaron Keener’s file. She was incredibly lucky to have private access to a rooftop in New York City and was able to do the photoshoot un-disturbed. Can we all agree that this is some impressive stuff? 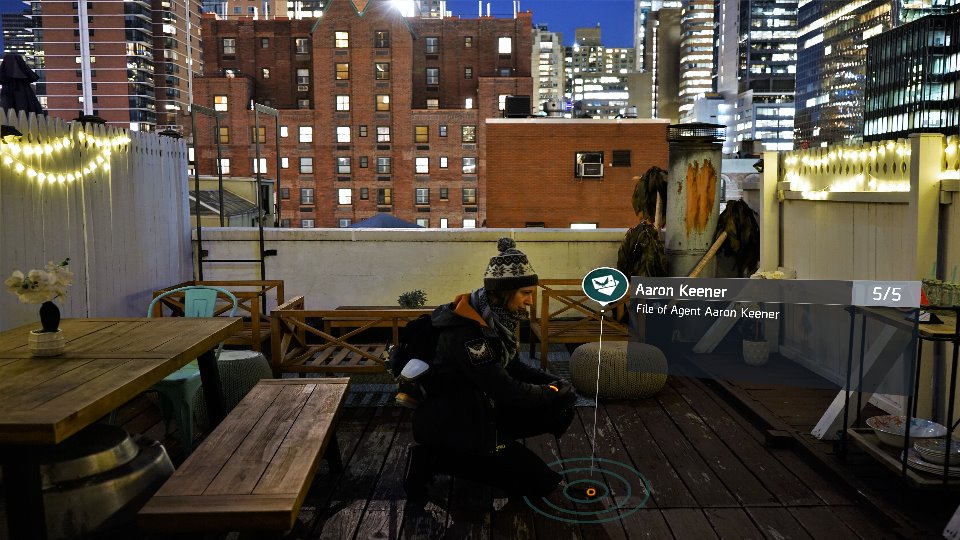 When asked about her favourite cosplay piece she has created, the stand out choice was the Striker Vest. Here is the detailed process from start to finish: 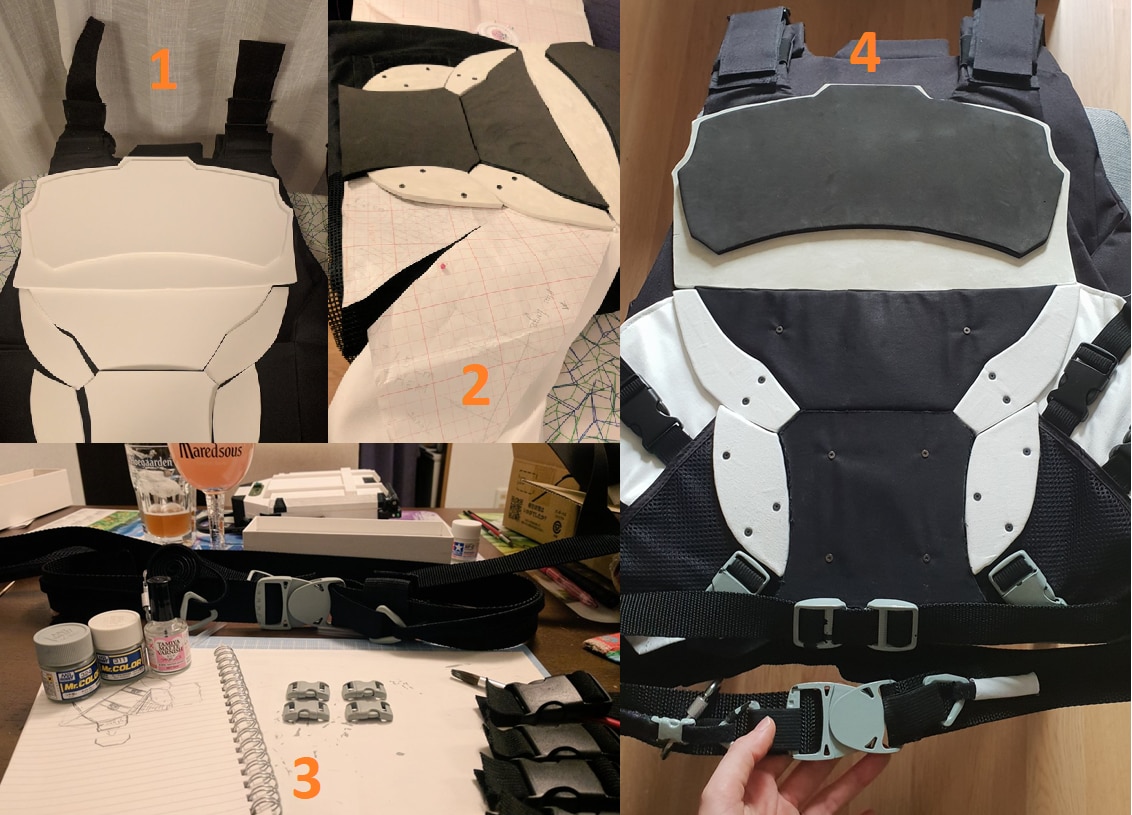 If you are interested in finding more of her excellent work, you can find her on Twitter @Agent_Mab and on Instagram as @Agent_Mab. Please make sure to drop her a follow to see more cosplay items and great photos. 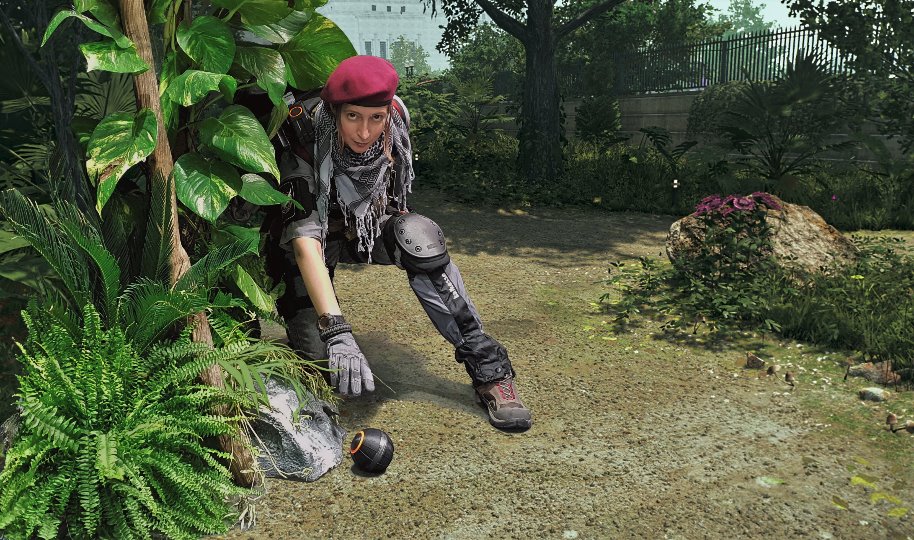 We would like to thank Mab for answering our questions about her Cosplay and community work, and she would like to give a shout-out to the community for always being so welcoming and supportive. To her cosplay friends in Japan, France and all around the world.