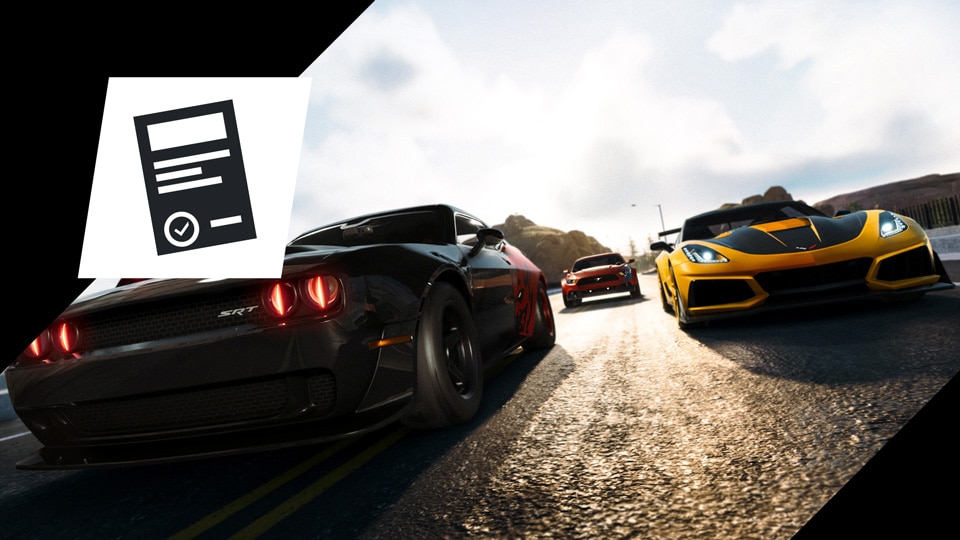 The first Episode of the fifth Season of The Crew 2 is here. This Episode brings a new game mode, new cars as well as Quality of Life changes: handling modifications.

For a more detailed break-down of the content released with the Crew 2 Season 5 Episode 1: American Legends, we have got you covered with our Content Overview.

This update will be deployed starting from 9AM UTC / 5AM EDT on Wednesday, March 16th. The estimated maintenance duration should be approximatively 3 hours.

In March 2020, and with the Inner Drive update, the overall handling of some vehicles was revamped. The goal was to offer extra grip and competitiveness.

Some Vehicle categories were entirely rebalanced: Street Race and Hypercar.

Following this update a new approach to grip and handling was adopted for all future vehicles. At the same time, new Special Editions of previously released vehicles continued to feature the pre-Inner Drive handling model. (With the exception of Street Race and Hypercar categories).

In terms of gameplay and car performance, and according to both our internal data, and player feedback, we have noticed a clear difference between pre and post Inner Drive cars.

This handling discrepancy leads to splitting our car line-up in two different driving styles and feeling, thus making some of them less attractive due to a lower performance.

Keep in mind that these changes are not definitive and can be reversed or tweaked based on your feedback. This is an iterative process, and we would like everyone to share their impression and wishes around the topic. Please leave any dedicate feedback on this forum thread.

Now, we would like to identify if the changes we deployed are aligned with community expectations. We also need to see how quickly we can start rolling out additional changes to more cars of the RX category. Once again and given the importance of your feedback during those first steps, we will get back to you on the topic at a later stage to break down the upcoming milestones of this initiative.