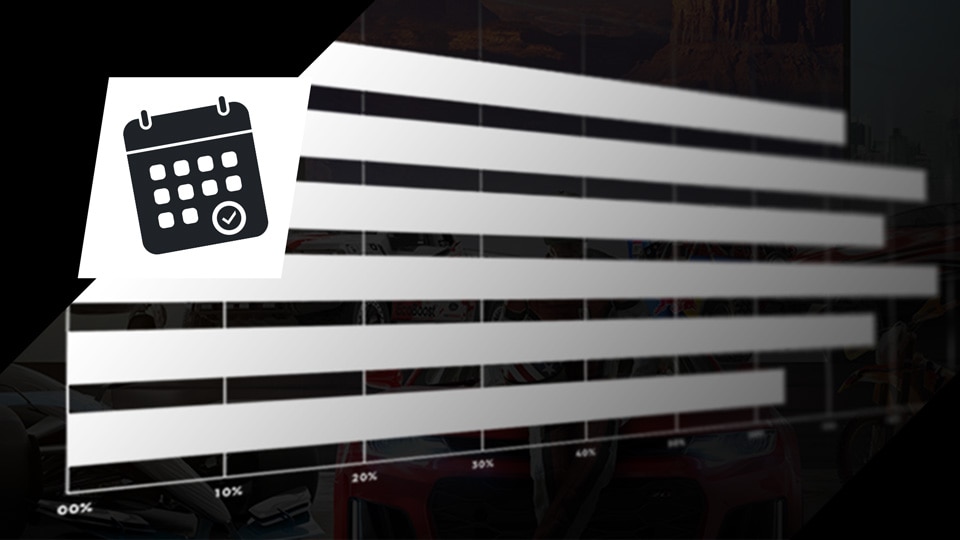 Gearheads, with the upcoming Season 2 Episode 1. we plan on updating the way players progress within each vehicle category. Before getting into details, we wanted to emphasize the importance of your feedback about some of the points we plan on addressing.

Our Dev Team investigated the current in-game progression to determine what we needed to improve. Based off our own conclusions, and thanks to your feedback we are going to change the way Performance Parts are awarded before reaching the maximum vehicle level.

We identified several issues in relation with the acquisition of Performance Parts versus the popularity of each vehicle category. 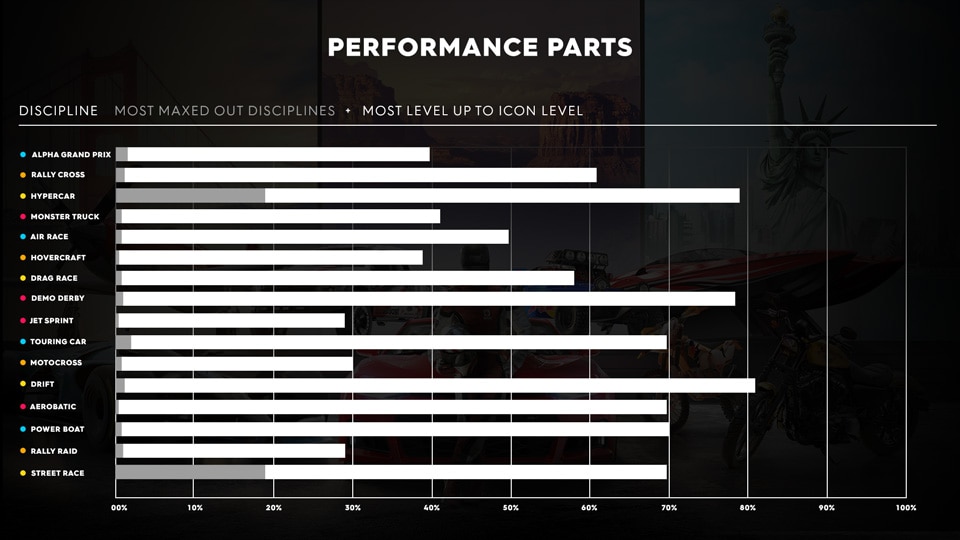 As you can see in the chart above, players have reached the maximum Performance Part level in certain categories more than others. This is not correlated to the popularity of the discipline.

The issue is prominent for Drift and Demolition Derby categories. Despite being among the most played vehicles, a very limited proportion of our players managed to reach the maximum vehicle level.

Gaining vehicle parts is mainly done though participating in events. Up until Season 1, finishing all the events of a single Vehicle Category in normal difficulty does not guarantee any competitiveness in Hard or Ace difficulties.

Currently, replaying previously won races is mandatory to reach a higher vehicle level. One of the most notable examples is the Drag Category. Its progression is hindered by a limited number of Performance Parts being provided to the player.

Additionally, a large part of our player base has not maxed out a lot of vehicle categories with a full set of parts. Street Race and Hyper Car are a bit less affected by this tendency, but we believe that there is room for improvement. 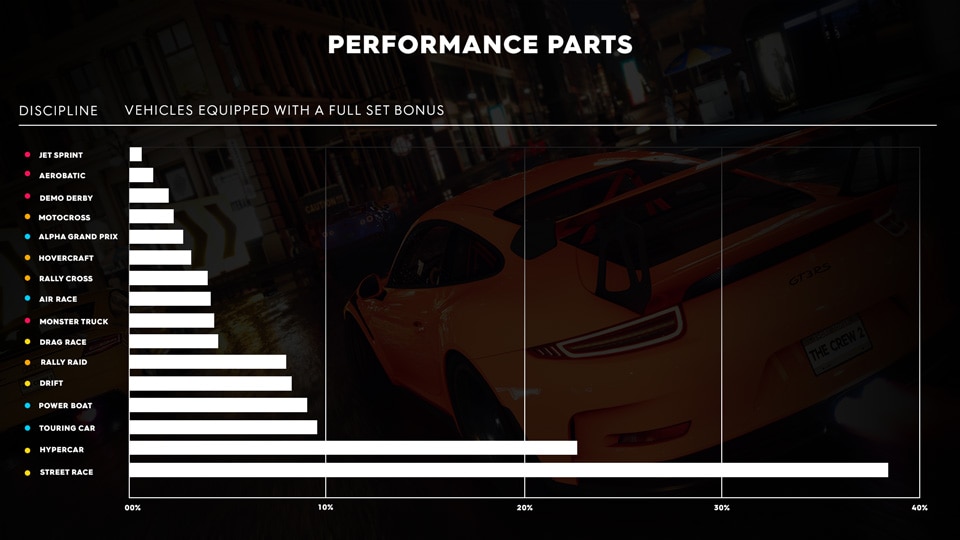 We have to consider how players are currently grinding these parts, and how to foster competitiveness for everyone and for every vehicle category.

Currently, finishing all the events of a single Vehicle Category in normal difficulty do not guarantee any competitiveness in Hard or Ace difficulty. This often means that races need to be replayed until enough performance parts have been dropped.

We consider that the current situation could be discouraging, not intuitive enough and can even be a blocker for newcomers to access more challenging difficulties or Summits.

We plan on addressing how quickly the vehicle level progression is achieved for each category. We consider that it is currently too slow and that it sometimes relies on tedious parts farming. We would like players to be able to replay races and events in Hard difficulty as soon as they have finished the category in the normal mode. This should result in 60% more loot overall as well as a much quicker progression within each vehicle category. Our goal is to increase the overall number of players reaching the maximum vehicle level for each category.

As an example, competitiveness in Drag races and in Hard difficulty will be achieved after completing the nine events in Normal mode. And we plan on doing the same for the Ace difficulty, as the required vehicle level will also be reached after nine races in Hard mode.

In short, it should be possible to start looting max level parts after a total of 50 minutes of playtime in Drag race. Before the update, it would have taken around three to four hours while replaying the same races quite extensively.

The progression will be indexed on the number of events available for each vehicle category. Our goal is to streamline the progression. Playing each event once per category should be enough to allow players to move on to the next difficulty.

That can obviously vary a bit due to the random aspect of the looting system. However, following this change, we are confident that getting access to the Ace mode will be much quicker. It will also reduce the necessity of replaying the same races and events in a difficulty that you have already beaten to achieve competitiveness in each vehicle category.

Let us know your thoughts and comments about this change.