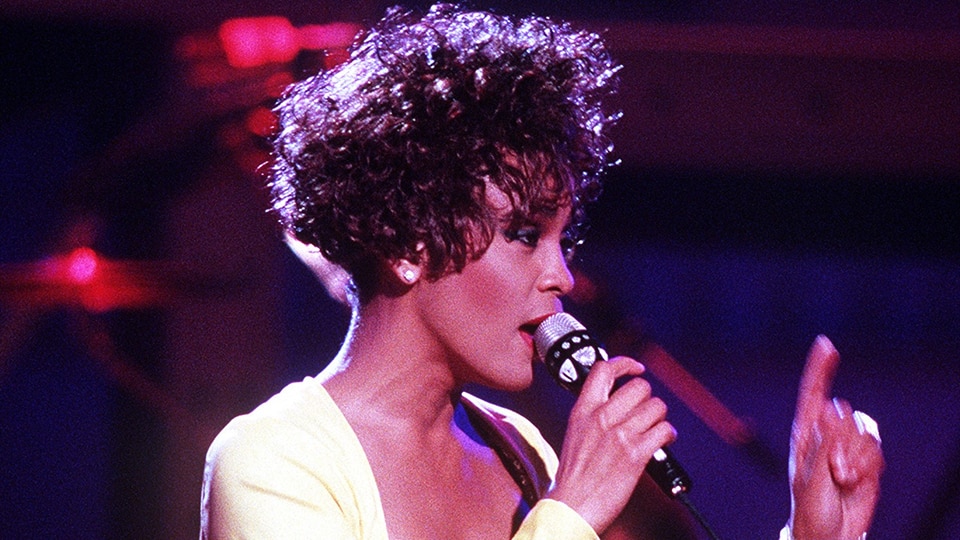 During her too-short lifetime, Whitney Houston achieved a near-universal level of recognition -- the most awarded female artist of all time, according to Guinness World Records. The pop singer had amassed 415 career awards as of 2010, including six Grammies, two Emmies, 80 Billboard Music Awards, and 22 American Music Awards. Whitney is also one the best-selling recording artists of all time, having achieved gold, platinum, multi-platinum, and diamond Recording Industry Association of America (RIAA) certifications for all seven of her studio albums. With her exceptional four-octave range, critics and fans alike bestowed her with a definitive title: "The Voice."

Houston released her second studio album in 1987, Whitney, featuring her first platinum single -- and her fourth number-one single in a row -- "I Wanna Dance With Somebody (Who Loves Me)," penned by songwriting team and then-couple George Merrill and Shannon Rubicam of the pop band Boy Meets Girl. The single topped the charts in 13 countries and earned a Grammy award at the 30^th^ Grammy Awards for Best Female Pop Vocal Performance. Merrill and Rubicam wrote the tune as a follow-up to their previous number one hit "How Will I Know?" which catapulted Houston's career into dance-pop/R&B crossover stardom.

"I Wanna Dance with Somebody (Who Loves Me)" by Whitney Houston -- listen for the key change at 3:37

In 2006, Slant magazine called the track "definitive 80s dance-pop," as the song features several ubiquitous elements of the era: the Roland TR-808 drum machine (used with live and electronic drum kit performances), synthesizers, synth guitar, and even synth horn. Whitney's singing performance is upbeat and light, highlighting the TR-808's lively rhythms and synth horn accents. Most of the song is in Gb major, until just after the final bridge (3:37), where it raises a whole step to Ab major -- a great compositional trick that lifts up the song and keeps energy high through the end.

When Houston's producer Narada Michael Walden listened to Merrill and Rubicam's original demo of the song, he didn't feel it was a good fit for Whitney. He suggested it was "too country and western sounding" and that it needed a funkier feel. But thankfully, he decided it was worth a try, and Whitney's resulting superb performance exceeded his expectations. "We just jumped in the water and lo and behold a magic record was born," Walden told Billboard. "[Whitney] just knocked it out and then I knew we had a good record." The singer also improvised in the studio, repeating "don't you wanna dance, say you wanna dance" over the last minute of the song. These added lyrics sung over syncopated rhythms added some personal flavor to the mix -- and the gratifying funkiness Walden was seeking. Ultimately, the song spent two weeks at number one and went on to sell three million copies -- and led to many more smash successes for Whitney.

"Whitney Houston Welcome Heroes 7" by Mark Kettenhofen is in the public domain.