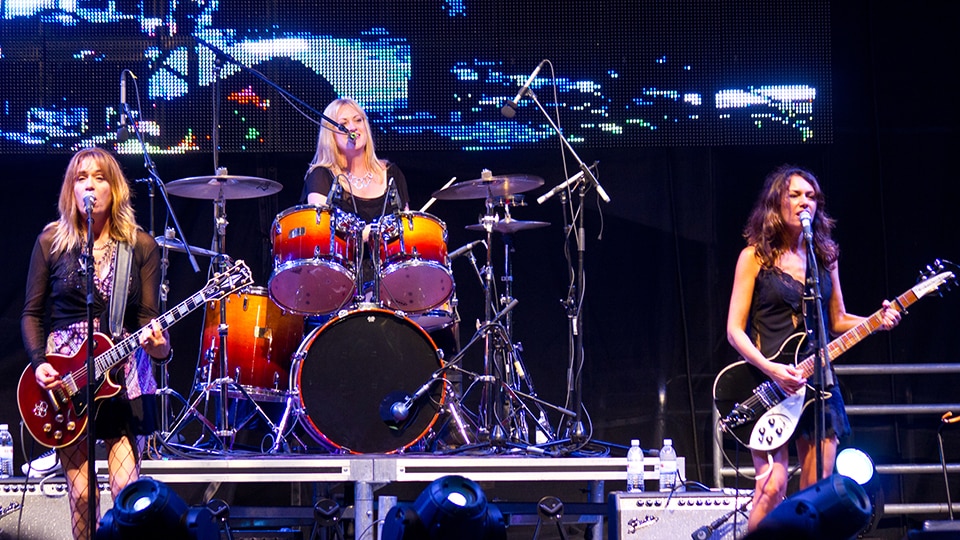 The iconic all-female rock band The Bangles were at the top of their game in the 1980s, each huge radio hit followed closely by another. Although they didn't write all their chart-toppers – both the Prince-penned "Manic Monday" and Simon and Garfunkel's "Hazy Shade of Winter" brought them success -- the Fab Fem Four's original compositions more than hold their own. With their critically acclaimed second studio album Different Light, the band shifted creative direction from the 1960s psychedelic rock style of their early days to a noticeably more polished, Top 40 sound. Here are three of the 1986 album's originals that reflect the band's impressive and diverse songwriting, but didn't nearly get the love they deserved.

Penned by singer-guitarists Susanna Hoffs and Vicki Peterson, this up-tempo jam features Vicki on lead vocals and lead guitar, with backing vocals supplied by the other three band members. The sunny, three-part harmonies on the choruses really make the song soar. Tremolo is key here, both as an effect on her guitar and Vicki's use of a tremolo bar on her leads. A tremolo effect modulates a guitar's volume, giving it a subtle stuttering or pulsating sound, adding dimension and atmosphere to its sound. "Tremolo bar," however, is a misnomer, in that it changes the pitch – not the volume – but when Leo Fender misnamed his take on the vibrato bar, the guitar world never recovered, and the inaccurate term became the standard. ("Whammy bar" is still fine, though.)

Each member of The Bangles often traded lead vocals from song to song, but here is a rare instance where all four members sing together from beginning to end. This upbeat number in D major has a lot going on for a song that clocks in at just two and a half minutes – rich vocal harmonies, a jangly guitar lead that brings to mind Roger McGuinn of The Byrds, and even a jazzy, syncopated piano solo at 1:44. The lyrics tackle the confusion and frustration of life's many challenges, yet they also bring a message of hope: "One more dream to remind you what is lost can always be regained."

Different Light's sole acoustic ballad is a stark contrast from the rest of the album's high-energy rockers; it carries an emotional depth and haunting atmosphere not typically present in The Bangles' pop repertoire. Singer-bassist-guitarist (and founding member of The Runaways) Michael Steele sings lead and plays folk-style acoustic guitar, backed by lush keyboard sounds. Michael's vocal performance is half-sung, half-spoken; her lyrics tell a tale of an ex-lover's jealousy and obsession after the break-up of a relationship– overall, it's a beautifully dramatic performance that dynamically rounds out the album.

"The Bangles performing at the 2012 Festival of Friends" by Tabercil is licensed under CC BY-SA 3.0.