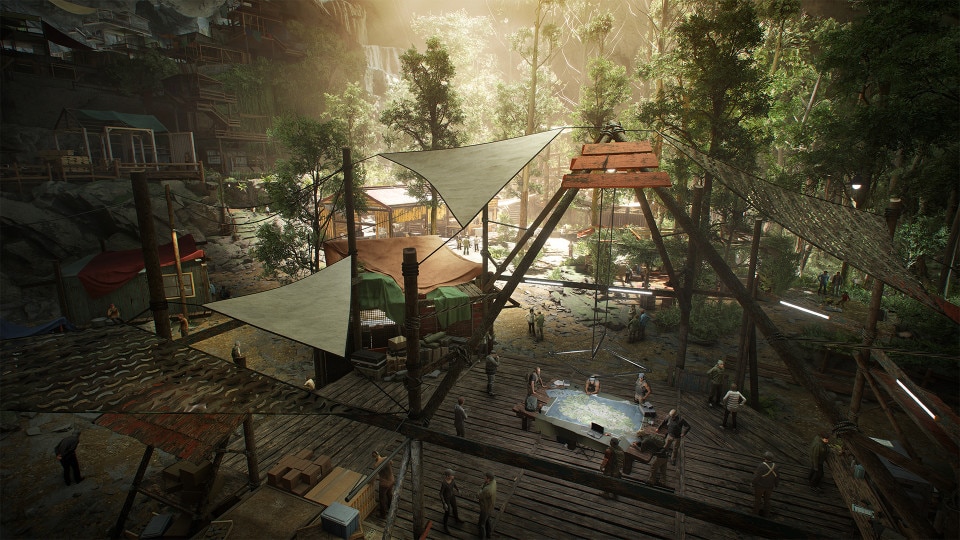 Players will encounter two factions in Tom Clancy’s Ghost Recon® Breakpoint. During E3, we revealed the first of our two factions for launch.

Led by Mads Schulz, a retired US Marine who was stationed on Auroa in the mid-1990s and decided to start his own community, the Homesteaders broke free from society and oppose humanity’s dependence on industrialization.

After Skell Technology arrived on Auroa, the Homesteaders cohabited peacefully with the tech company until the archipelago was taken over by the Wolves.

Now, the Homesteaders have found shelter in Erewhon, a cavern that will become the players’ Hideout throughout their adventure for Operation Greenstone.

Both factions can be found on Auroa, fighting the Wolves – and interacting with their members will open new missions for the Ghosts.

Starting at launch, players will have access to numerous new Elite Faction missions every day. These missions provide various objectives to support the factions as they evolve.

In addition, Story Faction Missions will be introduced frequently, bringing narrative context as well as character development to the players.

More factions will become available for players to discover during the post-launch of Tom Clancy’s Ghost Recon Breakpoint!