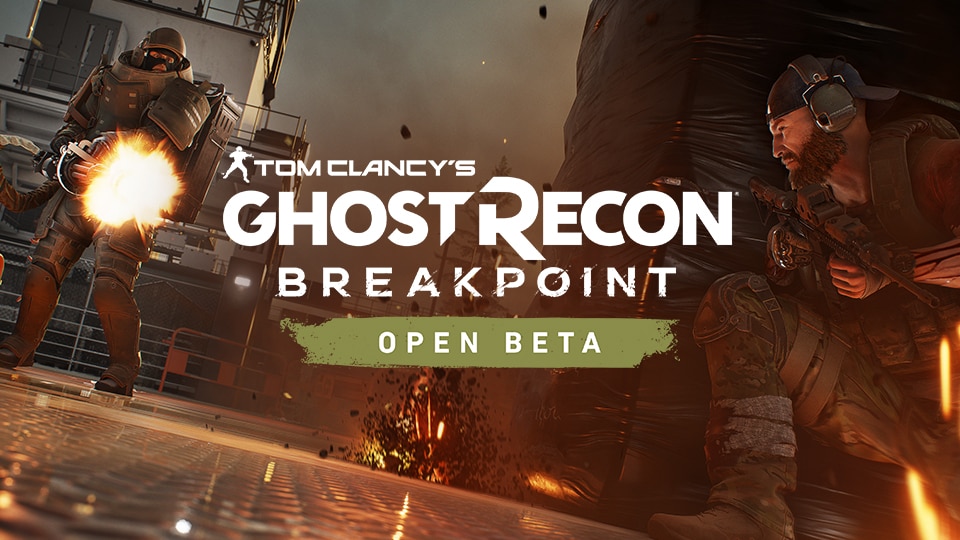 We just announced that from September 26th to September 30th, we will be conducting the Open Beta of Tom Clancy’s Ghost Recon Breakpoint for Xbox One, PS4, and PC.

Thanks to everyone’s feedback from the Closed Beta, our teams were able to apply many changes and improvements to the game. All of which can be found in our upcoming Closed Beta to Open Beta improvements article – coming on September 19.

Below are the details on pre-load and access times, as well as content that will be available for you to play. 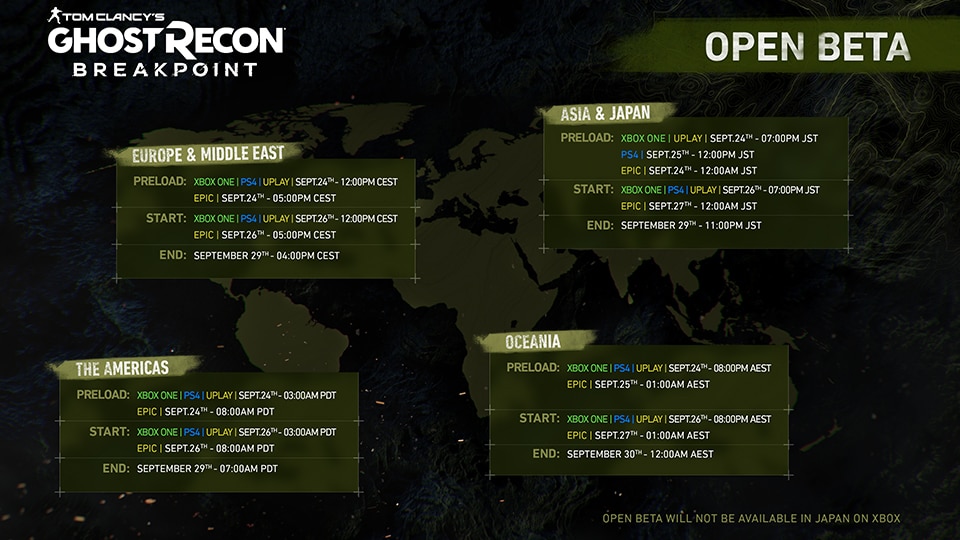 During the Open Beta, you have access to several regions, missions, and modes to test out in 4 player co-op or solo! For everyone who already participated in the Closed Beta, you will find the new additional content in the Open Beta marked below.

For the very first time our Beta players will be able to try out Tom Clancy’s Ghost Recon Breakpoint’s PvP mode, Ghost War! Battle it out against other Ghosts in this competitive mode to test your skills.

You will have access to the following six regions:

Looking to really test your skills? Find three different types of Drone Areas throughout the available regions and test your skills against some of your toughest opponents.

Your progress will not transfer from the Open Beta to the launch version of the game. We apologize for the inconvenience and hope the Beta serves as preparation for your time on Auroa.

To help us keep improving Tom Clancy’s Ghost Recon Breakpoint post-launch, we look forward to hearing your thoughts and feedback on the official Open Beta forums or the community Reddit.

Be sure to follow us on Twitter @GhostRecon and talk with us on the official Ghost Recon Open Beta forums for the latest updates on Tom Clancy’s Ghost Recon Breakpoint.