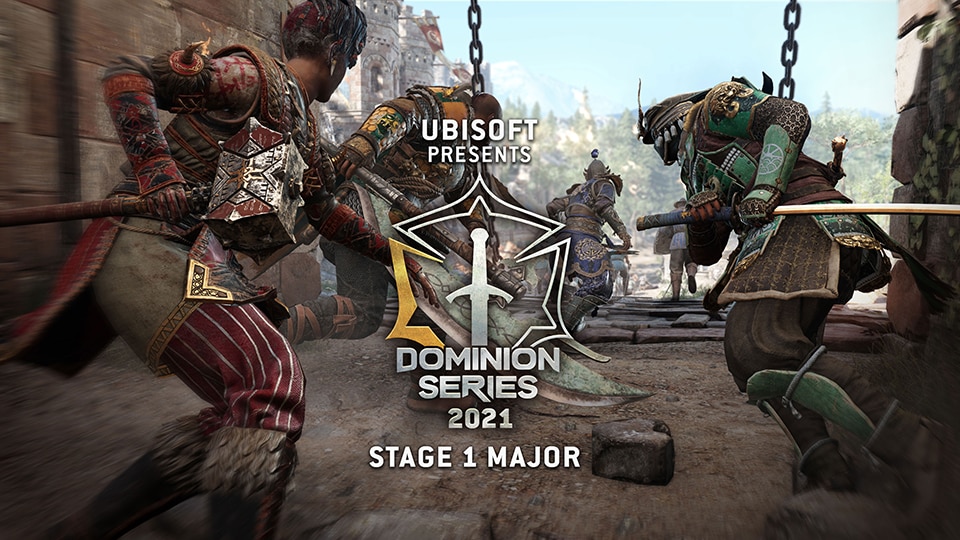 The Stage 1 Major of the 2021 Dominion Series kicks off this Saturday, May 29th! For the past month, players have been competing in the qualifiers to secure points that will be counted towards the Championship Final that will held during For Honor’s Year 5 Season 4. Winners of the qualifiers have also been invited to compete against each other in the Stage 1 Major broadcast, for more points and cash prize.

As a reminder, the 2021 Dominion Series is the second iteration of Ubisoft’s official For Honor PC competitive program for NA and EU regions, with a total prize pool of $65,000. Competing teams face off in the 4v4 game mode, Dominion and fight their way to the top for a chance to be claimed For Honor Dominion Series Regional Champions.

The Stage 1 Major consists of the 4 winning teams from the Stage 1 Qualifiers. They will compete in a double elimination format, with the initial bracket seeding based on order of qualification. All matches will be played Best of 3.

Just like in the Qualifiers, participating teams in the Major will be able to secure points based on their placement.

The competing teams are:

This year, we are introducing a rewards program for our viewers watching the broadcast, in collaboration with Azarus.

NOTE: The Viewership Rewards Pass in available on the twitch streams only.

How does it work?

By authorizing their twitch account with the Azarus twitch extension, viewers can earn in-game rewards by watching the Stage 1 Major on twitch.tv/forhonorgame.

Viewers earn points by watching the broadcast, which they must accumulate to unlock the different tiers of rewards. Viewers can accumulate more points by answering Challenge Questions that appear during the broadcast as well. Progression is tracked on the Azarus overlay extension – once enough points have been accumulated, viewers can click on “Redeem” to receive their reward code, which can be redeemed at forhonorgame.com/redeem.

On top of the Viewership Rewards pass, viewers who accumulate the top 3 highest points will be rewarded 100,000 Steel!

How many points are earned? 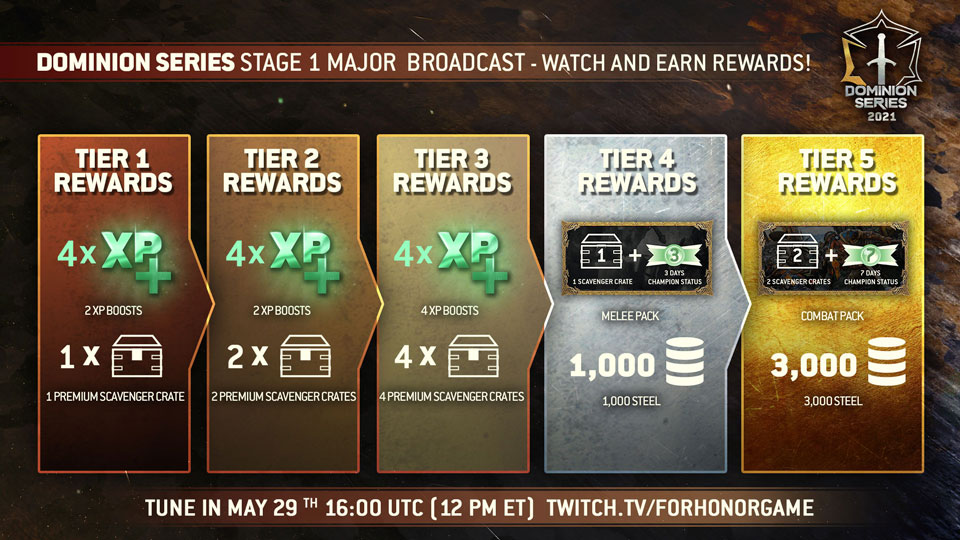