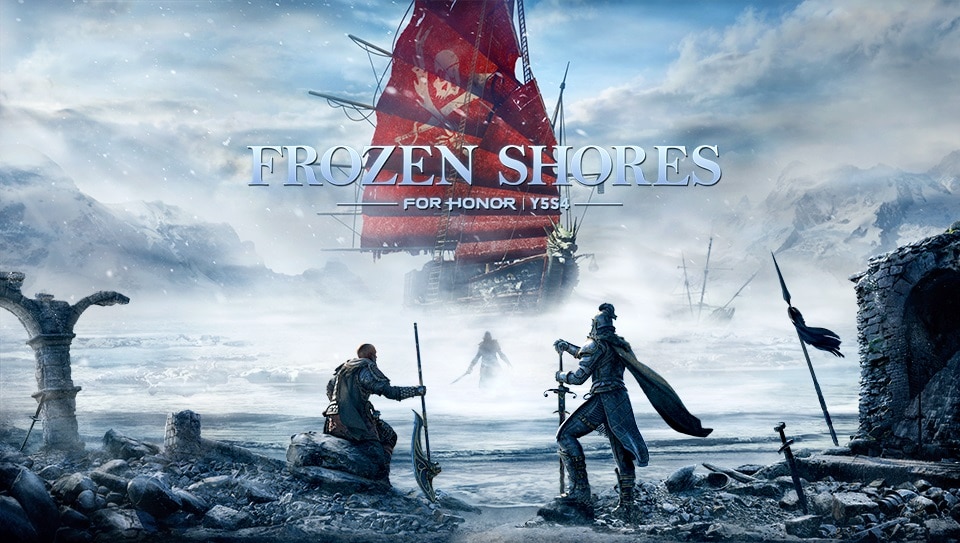 After so many hardships, so many battles and natural catastrophes, the people took this small respite as an opportunity to reconnect. After being separated for so long, friends and families were reunited once again, and everyone took the time to count their blessings, and celebrate. But amid the festivities, something unforeseen came from the frozen sea. A large ship with red sails reached the harbor, the herald of uncertainty - and intrigue. 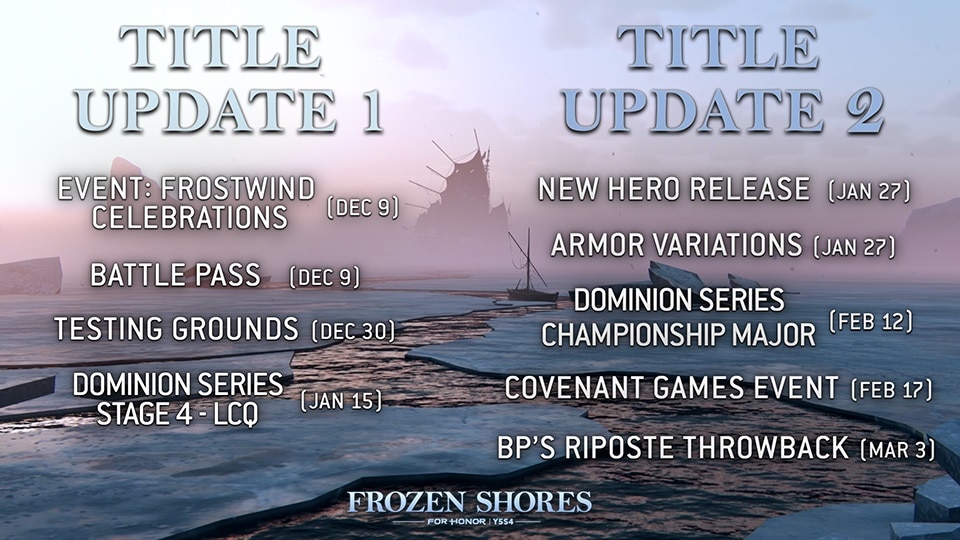 In this Warrior's Den recap article, we'll go over the Frost Wind Celebrations event, this season's Battle Pass, everything regarding the Testing Grounds and more. Keep an eye out for new armor variations and maybe some other surprises for Y5S4 TU2. More info on all that good stuff and more later.

For a more in-depth discussion of the season and what's in store for the launch of Y5S4: Frozen Shores on December 9th, be sure to check out the Warrior's Den VOD. 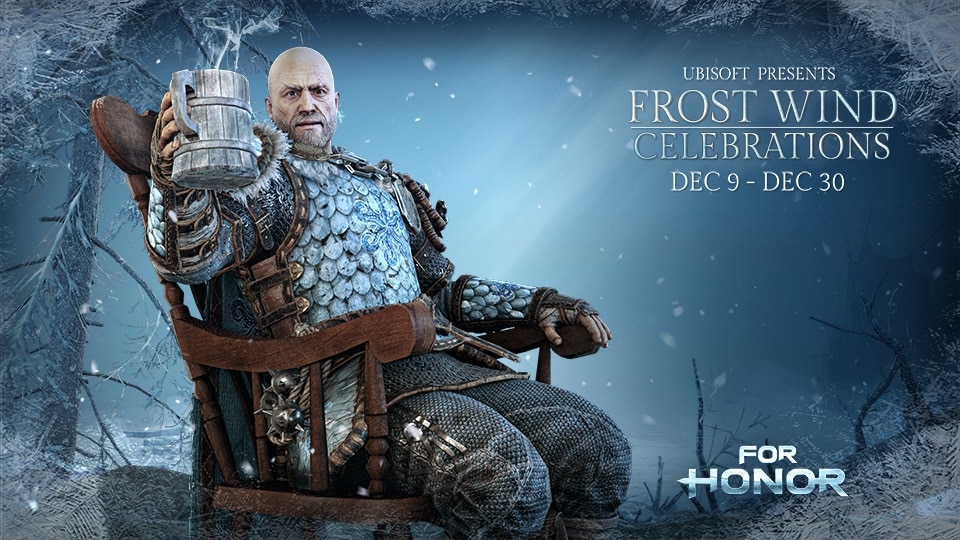 It's almost that time of year again! Join Gryphon and the other heroes in the holiday festivities of For Honor's Frost Wind Celebrations from December 9th to the 30th.

The Frost Wind season favorite Ice Brawlers is back, so be sure to play that or any other game mode to earn this year's Frost Wind event exclusive frosty nautical rewards including Weapons, Effects, Ornaments, and Outfits.

Included in this year's Frost Wind event pass is a holiday gift-giving emote. Use it, and other purchasable Covenant specific gift-giving emotes in-game to complete Orders with your fellow warriors. Orders will be available for the first two weeks of the Frost Wind Celebrations - so take advantage! 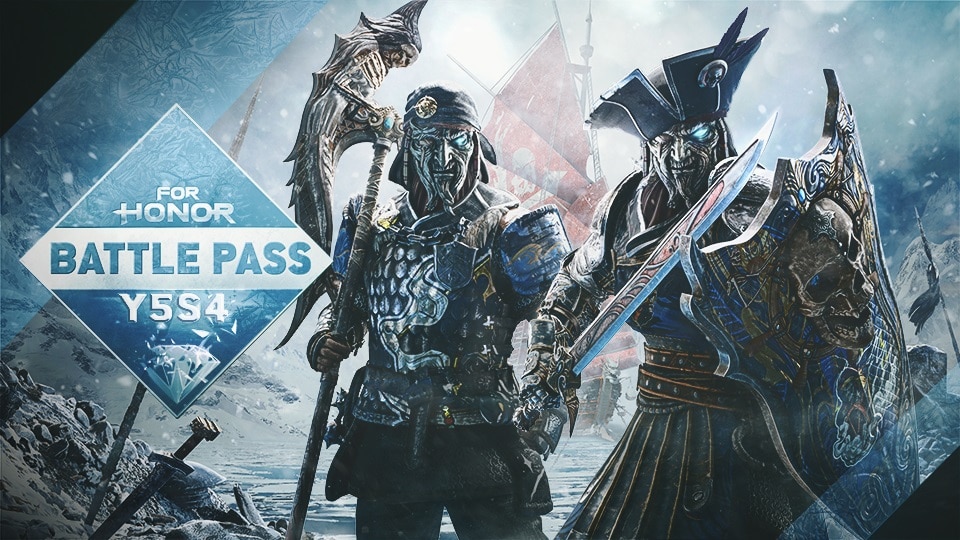 The storm is over but rising waters have reshaped the land... and opening new routes for mysterious travelers coming from afar. These adventurers, what they bring as well as the environment are the main inspirations for this season's Battle Pass.

Discover what the tide brings with the Y5S4 Battle Pass. Get 100 tiers of rewards for all heroes to unlock new weapons and mood effects. Premium rewards include Frozen Shores themed outfits, effects, weapons, a battle points boost from completed matches, 11K steel and moreThis Y5S4 Battle Pass will be available from season launch to March 15th 2022.

The Stage 3 Major of the Dominion Series concluded on Saturday, Nov 27th, where participating teams in the NA and EU region were granted cash prizes and points. The VOD will be available on the ForHonorGame twitch channel and on Ubisoft's YouTube channel. The bracket results can also be found on battlefly here for the EU region and NA region.

Heading into Stage 4, the final stage of the Dominion Series, the overall top 3 point earning teams in each region automatically qualify for the Championship Finals on February 12th. The last team to join them will be determined in the Last Chance Qualifiers, which will take place on January 15th. The current leaderboard can be found here.

Following up on last season's Testing Grounds phase, we have a lot of elements that will enter the live game at launch of this season through Patch Changes:

For this season, two topics are going to be entering the Testing Grounds from December 30th^th^ to January 6^th^:

If you want to learn more about the changes implemented at launch and what's to come in the Testing Grounds this season, there's a dedicated article that breaks down all the information provided by the fight team: forhonorgame.com/Y5S4TestingGrounds.

In addition, if you are interested, here is the link to the patch notes which contains all the information about what it will be live from December 9th: forhonorgame.com/patch_notes_2_31_1.

We'll see you again at the next Warrior's Den Recap. Stay safe, see you on the battlefield!