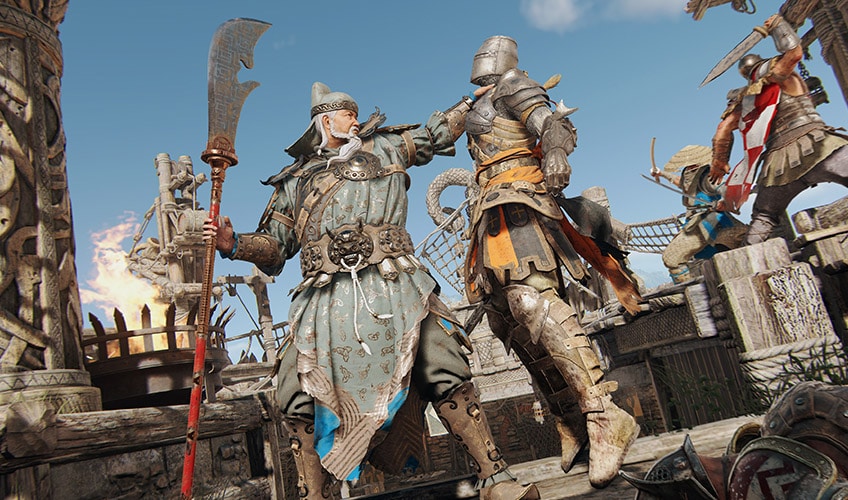 For Honor has received continuous updates & improvements since its launch, as during its Year 3, named Year of the Harbinger. Heroes as Knights’ Vortiger, Samurais’ Sakura and the brand-new Vikings’ Hulda joined the battlefield, and seasonal events brought new contents & game-modes.

If you’re ready to jump into intense battles between Samurai, Knights, Vikings and Wu Lin, you can grab the PC Standard Edition for free on Uplay from August 20 until August 27. During this giveaway, your For Honor copy is 100% free: once you get it, it is eternally yours. Then, don’t waste time and claim it. GET IT FOR FREE

The Standard Edition enables you to fully enjoy the For Honor experience: you have access to a variety of characters from the 4 Factions. You can play to the solo campaign story mode, and to a diversity of multiplayer game modes, from Duel to 4v4 Dominion.

After years of big changes that included new characters & seasonal events, and with even bigger changes ahead, this is a perfect opportunity to join a game whose unique approach to melee combat has earned millions of players. So it’s time to load up Uplay and grab the Standard Edition of For Honor while it’s free.