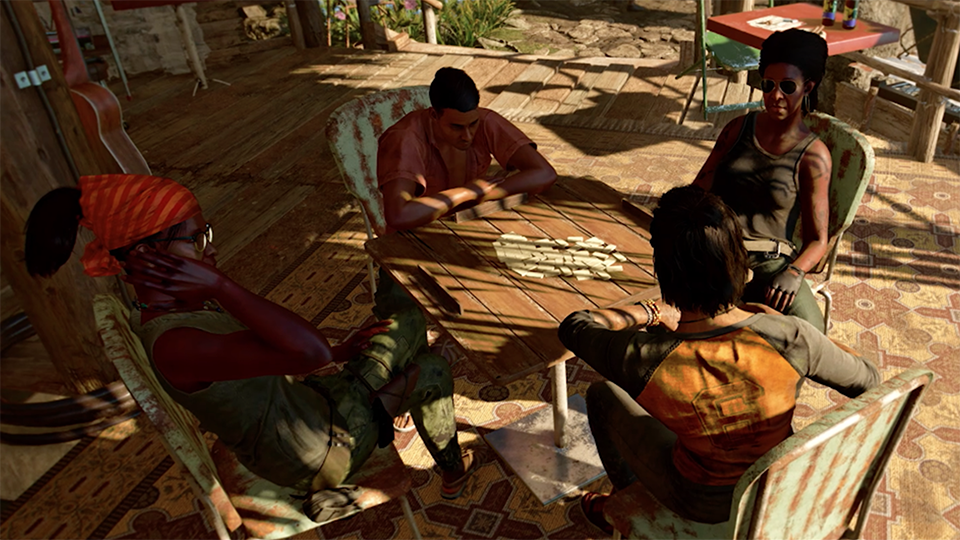 If you thought Yara was just about its breath-taking scenery, think again. The heart of the country beats to the rhythm of an ever-changing culture - a culture deeply rooted in the island’s unique history and geography.

We met with fellow Yarans so we could share our passion for our unique culture with you.

More than a national sport, the game is a beloved tradition by all generations. The Spanish Conquistadores brought the first dominoes to Yara to keep themselves entertained during the island’s steamy afternoons.

Francisco Munoz is the oldest dominoes player in Yara, but we’re here to talk about his brother; “Have you heard about Javier? He was the undisputed champion of Yara”. Javier Munoz made a reputation for himself by playing without mercy, a reputation that reached the highest levels of Yara.

“El Presidente once invited him to the palace for a match, but nobody has seen Javier since!” Some say Javier lost and fled from Yara in shame. Francisco misses his brother, but this is just another reminder that Presidente Castillo is a universally acknowledged genius.

Night has fallen and domino players from all over have gathered outside Francisco’s place. A fight breaks out over a controversial move. Two police cars appear but, in the blink of an eye, the domino players are gone. Francisco isn’t worried though, he knows they’ll be back tomorrow. As Francisco says with a smile; “for Yarans, dominoes is in the blood.” 2 - Agustín and Elena, hunters and lovers.

Agustín and Elena are husband and wife. As they stalk through the high grass, the sun warms their faces. You see, in Yara, hunting is a family affair.

Agustín leads us to the top of the hill, where the beauty of Noventarmas is laid out in front of us like a painting. “Yara has an amazing range of wildlife. You never know what you’re going to see!”

Kind-hearted Elena takes a sip of water from her flask and holds it out to us: “My grandfather used to tell me stories about Yara’s incredible animals. Sometimes the tales are hard to believe but, if there’s a grain of truth to them, this island is home to some legendary creatures you won’t find anywhere else in the world.”

Agustin and Elena plan to teach their children how to hunt and master the Yaran wilderness. Maybe one day their children will be telling amazing stories of their own! The resourcefulness of Yarans is legendary. This extends to every facet of life – including an atypical fishing technique: condom fishing!

Mateo and Sebastian, two youngsters from Aguas Lindas, walk us through this ground-breaking method: “We use condoms like balloons, because they’re tough and easy to see. Blow it up, put some bait on it, and that’s it! Our home-made floats can carry the lines out into deeper waters, where you find snappers and tarpons, even barracudas.”

Mateo and Sebastian are living proof that Yarans always make the most out of anything! Yaran culture lies in the balance between tradition and modernity. Some parts of our culture come straight out of the 16th century, while others can only be found in the bleeding edge of the 21st!

Everyone in Yara knows that Presidente Castillo is the man to lead Yara through this elegant dance: bringing the past and the present together into beautiful harmony.