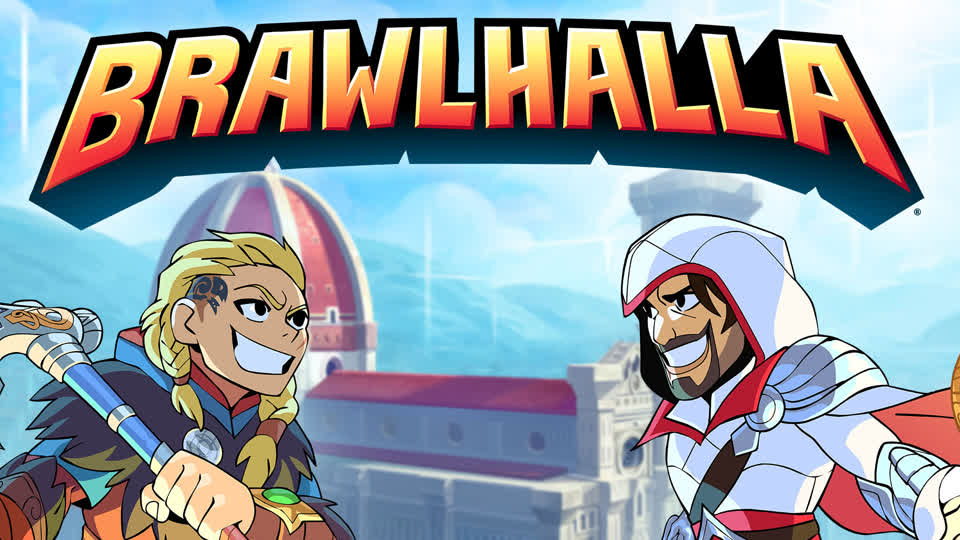 Ezio, from the AC® franchise, enters the ring as the 56th Legend in Brawlhalla. Alongside the new Legend, the Epic Crossover event is launching with more AC content, including the new Crossover character, Eivor, a new game mode, two new maps, and more.

The AC Epic Crossover Event kicks off an in-game event that features Eivor from AC Valhalla as the newest Crossover. In addition to the new Crossover, the new Bounty game mode will be featured as the Brawl of the Week, where players can take part in three modes, Rooftop Rumble, Ghost Rooftop Rumble, and Assassin’s Brawl. On top of the new mode, Brawlhalla is introducing two new maps, Florence Rooftop and Florence Terrace.

The Epic Crossover is available for 300 Mammoth Coins via the in-game store, and both female and male Eivor will unlock with one purchase. New content being featured during the event includes the iconic AC inspired K.O. Effect featuring the Desynchronization screen, a new Leap of Faith emote, and eight new avatars. All items will still be purchasable and playable after the event ends. The game mode and maps will also still be playable after the event ends.