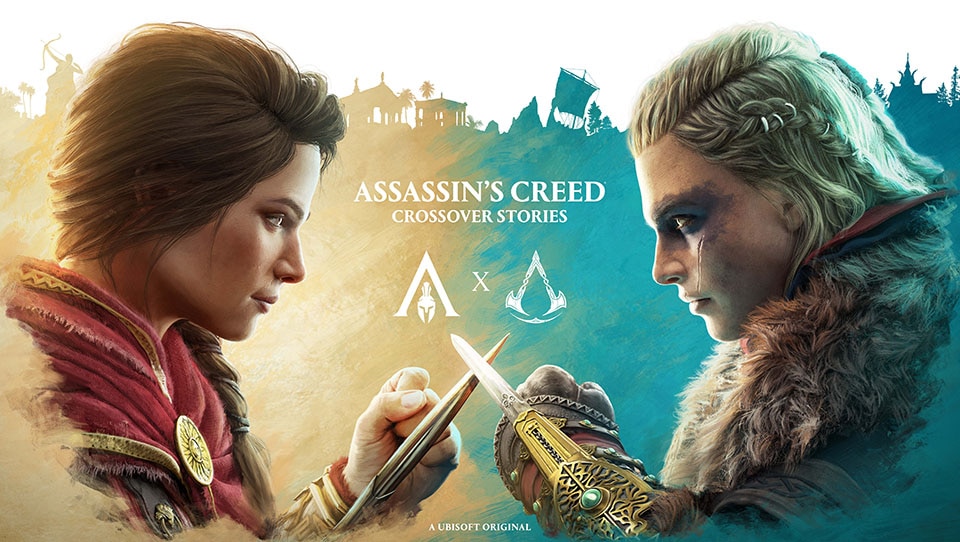 In Assassin’s Creed Odyssey’s “Those who are Treasured,” you will play as Kassandra or Alexios after the events of the main game. Friends from the past will set you on a new journey involving a piece of Eden, a ride that will forever change your destiny.

In Assassin’s Creed Valhalla’s “A Fated Encounter,” Eivor will travel to the Isle of Skye to investigate the root cause of terrible nightmares that appear to be caused by a close friend of hers. It is there that Eivor will cross paths with Kassandra and confront the legendary Misthios. To Play “Those Who Are Treasured” in Assassin’s Creed Odyssey:

If you have finished the game:

If you have not finished the game:

Find the quest giver in Sami, the port located on the island of Kephallonia, to unlock this story. From there, you will begin the quest “The Great Escape.”

Please note that this new story contains major spoilers for those that have not finished the main content of Assassin’s Creed Odyssey.

To Play “A Fated Encounter” in Assassin’s Creed Valhalla:

In addition to these new stories, there are all-new rewards to unlock! Players completing both stories will be rewarded with new weapons, sails, tattoos, and outfits. In Assassin’s Creed Valhalla, earn a unique set of Odyssey tattoos, the Medusa Sail, the Hero’s Sword, and the legendary Spear of Leonidas. In Assassin’s Creed Odyssey, pick up a Valhalla Sail, a Sunhat, and two unique outfits.

To celebrate Ubisoft’s 35th anniversary, Assassin’s Creed Odyssey will be free to play from December 16–19! Write your own epic odyssey as you adventure across Ancient Greece and become a legendary Spartan hero.