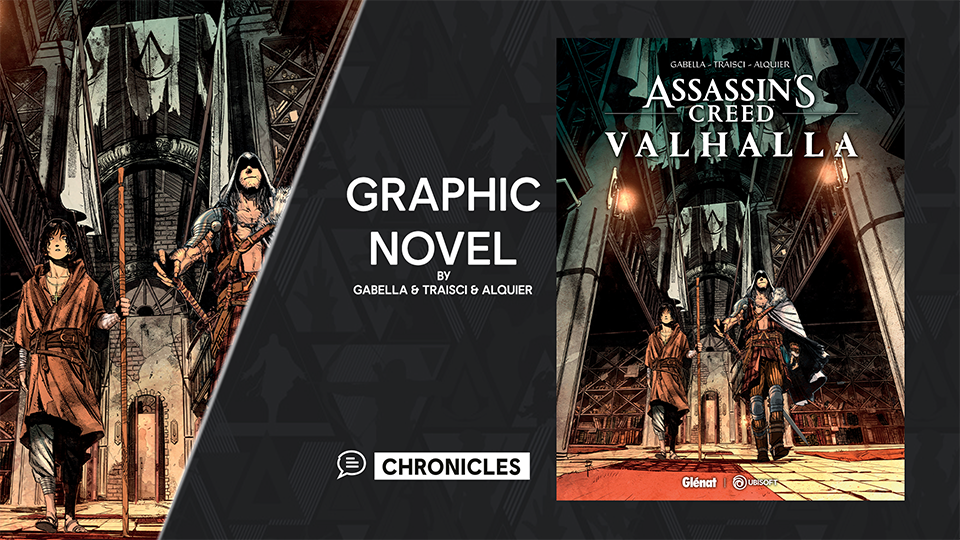 Discover the tale of a Norse aspiring Assassin and a Saxon Christian monk as they set out on a quest that will take them from Ravensthorpe to the mystery-filled heights of Scotland.

As this graphic novel is still in early writing phase, more information will be made available soon !

Talents: Mathieu Gabella & Paolo Traisci
Mathieu Gabella is a french script-writer born in 1976. Fascinated by Star Wars and Tron as a child, when an illustrator asks him to write a story for him, he took his chance. Published by Delcourt, Drugstore and Dargaud éditions in France, he is the author of super-heroes comics (Idoles), historic-adventure comics (La Guerre des Boutons, Secret service, 7 Prisonniers, etc.) and others one-shots.

Paolo Traisci is an italian cartoonist who has studied art at the International School of Comics of Pescara. In 2016, after he got his degree, he published his first fantasy comic : KERSIAK. Then he worked on La Geste des princes Démons published by Glénat, giving him the opportunity to show his love for sci-fi and cyberpunk stories.

Original Publisher: Editions Glenat
Created in 1969, Glénat is one of the largest independent publishers in the French book industry. We release more than 650 books a year in 3 main fields: graphic novels and Japanese manga which account 8000 titles in a variety of genres ; children's books with Glénat Jeunesse and P'tit Glénat labels ; and illustrated books about mountain, sea and gastronomy. With its 51 years of experience, Glénat is one of the top 3 graphic novel publishers in France and a key player in the French book industry.