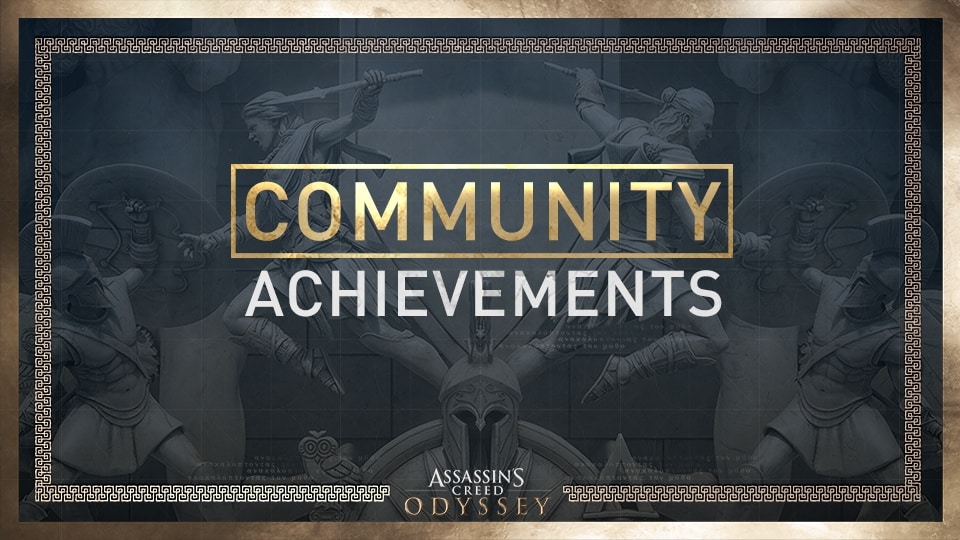 Assassin's Creed Odyssey launched over a year ago and turned Ancient Greece into your playground for billions of cumulative hours of playtime.

Our final title update was deployed on October 17 alongside the free Anniversary mount: Melaina. This concludes our post-launch support for Assassin's Creed Odyssey. What a year it has been!

An Odyssey in Review

Let's leap into some of the most impressive community achievements in the game.

Let's have a quick look back at the content added to the game since launch.

Over the course of our post-launch support, we released two major story arcs: The Legacy of the First Blade and The Fate of Atlantis.

In addition to these two major expansions, we released additional content free to all players with title updates, such as The Discovery Tour: Ancient Greece, Story Creator Mode, and a dozen Lost Tales of Greece.

You helped shape the game

Now, let's have a look into how you, our community, helped shape the game to what it is now. These are just a few of the community-requested features:

Before we venture into the unknown, we want to take a moment to express our thanks and gratitude to you, our community, for your outstanding support from the very first Sparta-kicking E3 teaser (or that keychain...) to the very last title update that was released on October 17!

We look forward to new adventures with you all in the future!