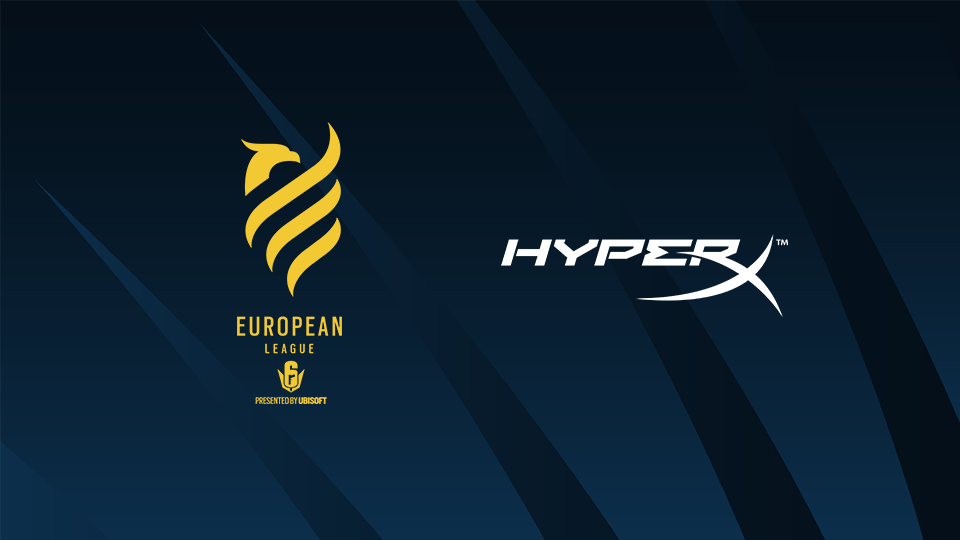 We’re proud to announce that HyperX will be the exclusive supplier of peripherals – headsets, microphones, mouses, mousepads and keyboards – for the Season 2021 European League’s Stage 3 and European Finals.

This partnership marks another step in our long-lasting relationship with HyperX in esports, which started in 2016. As a key partner for the Rainbow Six Siege community, HyperX will sponsor the pre-shows for you to enjoy on broadcast at the beginning of each European League playday and will offer special giveaways on social media.

“We are happy to welcome back HyperX as a key partner for our European Rainbow Six Esports scene,” said Geoffroy Sardin, Senior Vice President Sales and Marketing, Ubisoft EMEA. “HyperX has contributed to the success of several Rainbow Six Esports competitions in the past years, and we’re thrilled to have them on board for what promises to be an exciting end of season for the European League”.

“We are excited to renew our partnership with Ubisoft for the Tom Clancy’s Rainbow Six Siege European League” said Jessany van ‘t Hoff, Head of Global Gaming Partnerships, HyperX. “HyperX is driven by passion to shape the culture of gaming and has been supporting esports for over a decade. We have been longstanding supporters of the Rainbow Six Siege community and are looking forward to following the teams through the tournaments and see which European team will be victorious and secure their place at the Six Invitational.”

More information on the European League’s Stage 3 will be shared soon. Stay tuned.