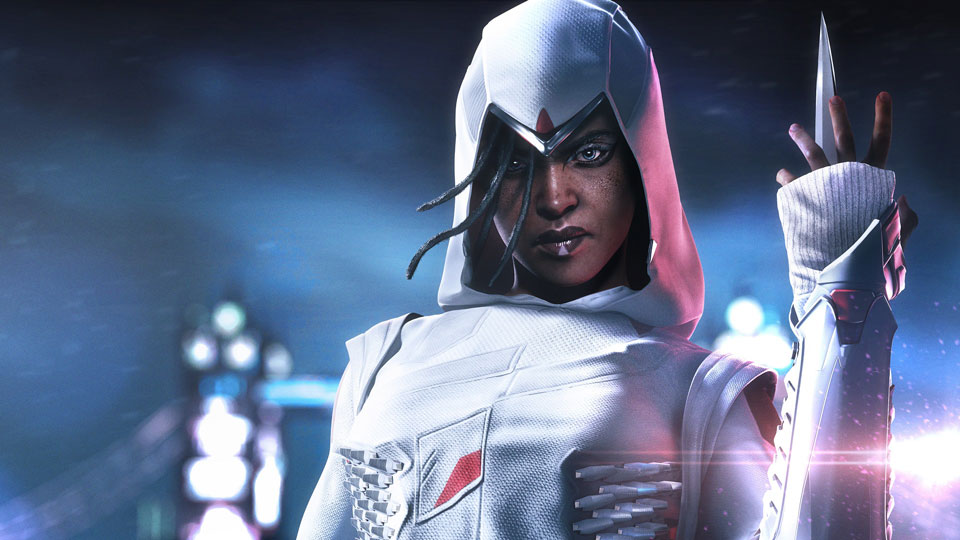 Title Update 5.5 arrives next week, bringing with it Invasion, Resistance Mode, new story content, and more. Earlier this week, we gave you a first glimpse of our non-canonical Assassin’s Creed crossover story, and Darcy, the character at the center of it. What was it like bringing the worlds of Assassin’s Creed and Watch Dogs: Legion together? We sat down with Scriptwriter Jared Schincariol to talk more about Darcy and her missions. 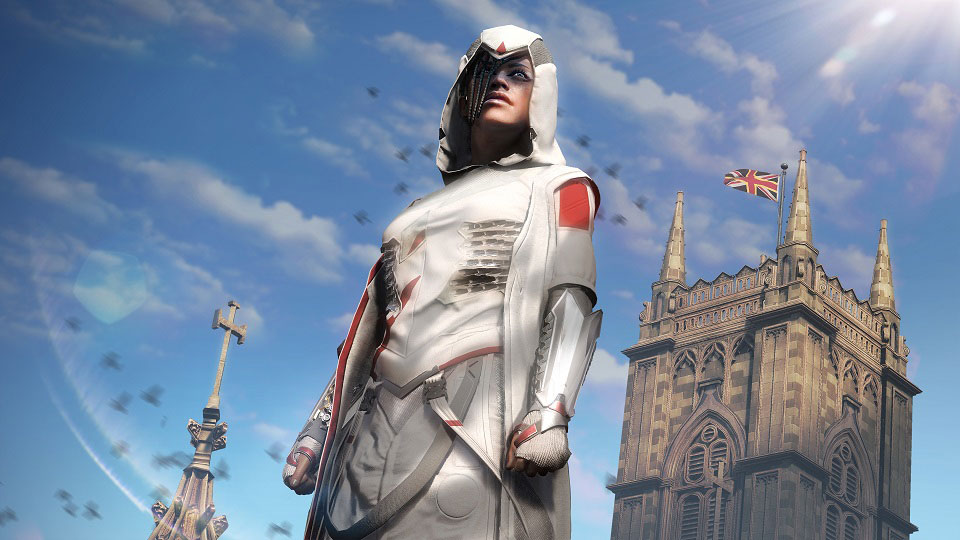 Tell us more about Darcy. Who is she and who’s playing her?

Darcy Clarkson is a member of the British Brotherhood of Assassins. Her ancestors are Jacob and Evie Frye, the main characters of Assassin’s Creed Syndicate, so she has a big legacy to live up to, and she knows it.

To breathe life into her, we were lucky enough to get Hatty Preston. Hatty struck the right balance between earnest pluck and sarcastic bite that makes Darcy a fun character.

What was it like bringing the Watch Dogs and Assassin’s Creed universes together for the first time?

As someone who has worked on both franchises as a writer and a fan, it’s been cool to be a part of making this happen. We’ve peppered Watch Dogs games with more than one Assassin’s Creed easter egg over the years—and vice versa—and now we decided to take it up a notch and let their worlds collide.

Since Darcy is not canon, we were able to take more liberties with her character and we can’t wait for fans of both series to check it out!

Were there any things you had to take into consideration when writing the missions? Did you run into any interesting opportunities or challenges?

It was not only such a great experience to craft Darcy’s character, but we also got to create a worthy Templar opponent. I would love to spoil everything about the Templar Darcy goes up against, but I will simply say that they’re the kind of villain you love to hate.

Another thing that we had to consider and figure out was how to incorporate some Assassin’s Creed hallmarks into the world of Watch Dogs. For example, synchronization is an Assassin’s Creed staple, and we knew early on that we wanted to feature it in these missions. But how do you “synchronize” if you’re not in the Animus? You’ll just have to play to find out. 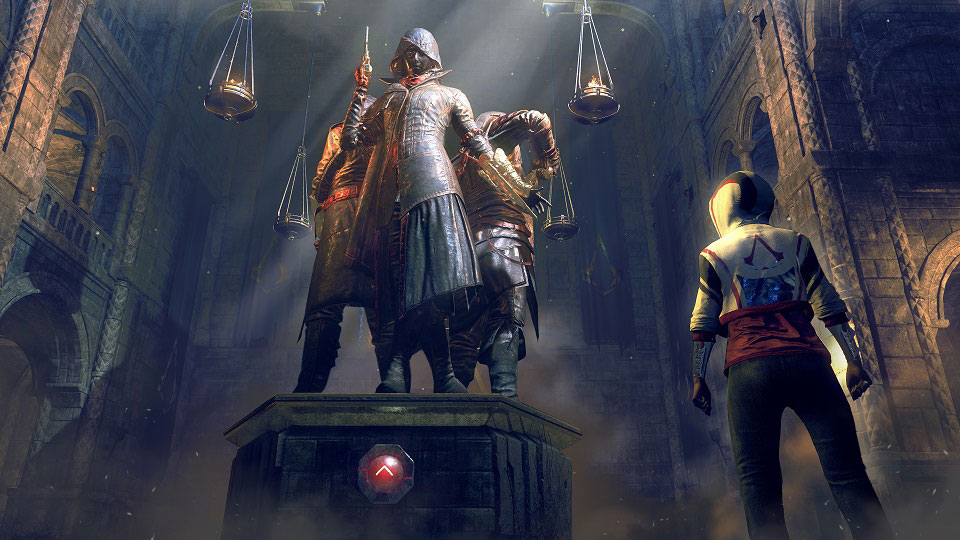 What was the most exciting part about working on Darcy and her missions?

It was revisiting an old project of mine. I was a writer on Assassin’s Creed Syndicate, so developing Darcy and her missions was like returning home. Darcy is very much her own person with her own story, but these missions have inevitably become a sort of love letter to Assassin’s Creed Syndicate. I feel very grateful to have had the chance to build on the work I helped create six years ago, and I’m excited to see players dive into it.

Thank you very much, Jared! Darcy and her associated missions will be available on August 24th. Season Pass owners will also be able to use Darcy when playing through the main campaign, and in the Online Mode. Share your thoughts about the Assassin’s Creed crossover and TU 5.5 with us on Twitter, Facebook, or Instagram!