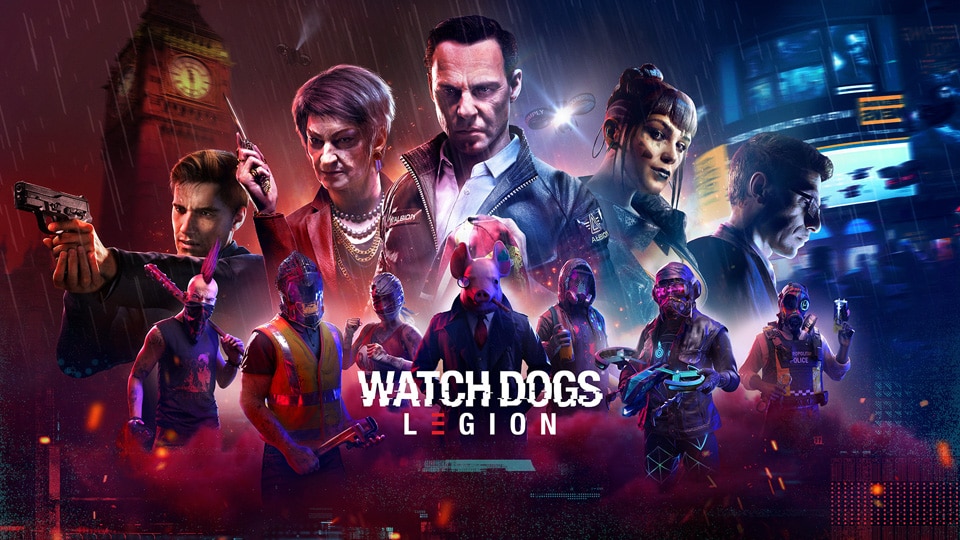 Watch Dogs: Legion On the Next Generation of Consoles

In Watch Dogs: Legion, near-future London is facing its downfall. Amidst the growing unrest of a restless city, an unknown entity named Zero-Day has framed secret underground resistance DedSec for coordinated bombings across the capital. In the aftermath, criminal opportunists from every corner have taken hold and filled the void left by a defeated government. As a member of DedSec, you must recruit members into your Resistance to take on these criminal opportunists, liberate London and uncover the identity of Zero-Day. Play as anyone you see in the open world – so long as you can persuade them to join the resistance – and utilize their special skills and abilities to explore a wide variety of ways to complete missions. Keep an eye out for cameos from London grime artist Stormzy in his very own mission, and Watch Dogs’ original protagonist Aiden Pearce in upcoming additional content.

Xbox Series X | S: The near-future London of Watch Dogs: Legion will fully benefit from the hardware accelerated raytracing of the new Xbox Series X | S; from Piccadilly Circus and its giant digital screens, to Camden High Street’s neon lights and holograms, the power of real-time ray traced reflections brings a never seen before level of realism to an urban playground. Early collaboration between Microsoft and the game teams allows the game to unlock the power of Xbox DirectStorage, meaning loading times have been massively reduced allowing for smoother world traversal and faster loading times than ever before. Upgrade from an Xbox One X copy of the game to the Xbox Series X | S* version with Xbox’s Smart Delivery technology at no extra cost.

PlayStation 5: Ray tracing on PlayStation 5 will immerse players in a city full of digital screens, holograms, and neon lights, while players can also take advantage of the Tempest 3D Audio engine to bring London to life by hearing every passing car, talking pedestrian, or drone flying overhead. Thanks to the ultra-high speed SSD, loading times will be dramatically reduced, allowing for even quicker fast-travel and seamless high-speed drives across London. Adaptive triggers enable players to enjoy hand-tuned responses, elevating the visceral feeling of high-tension moments. And lastly, you can upgrade your PlayStation 4 copy of the game to the PlayStation 5** version at no additional cost.