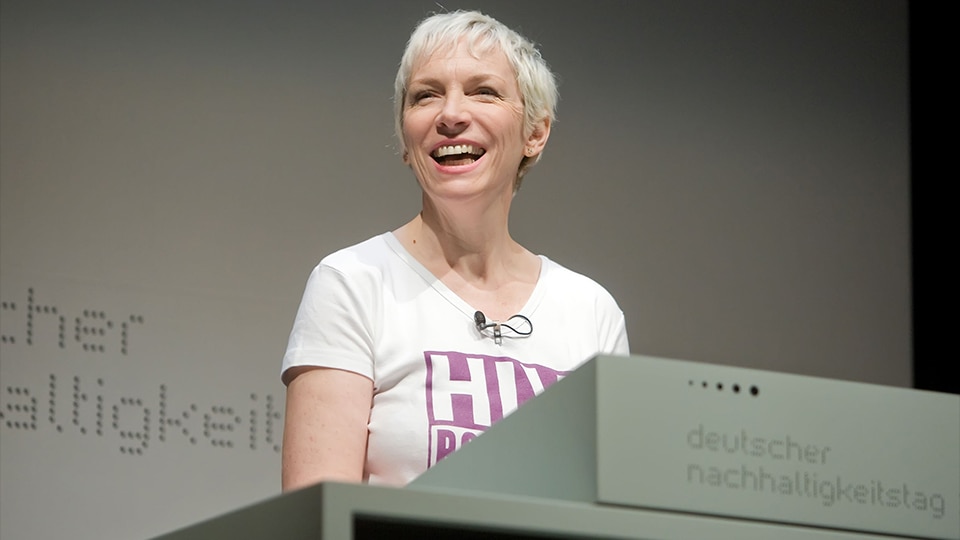 The Emotional Secrets of Annie Lennox's "Why"

To some, Annie Lennox's image will indelibly be cropped, bright orange hair and a severe-looking suit, singing haunting lyrics in the 80s synthpop band Eurythmics. But VH1 named her the "Greatest White Soul Singer Alive" in part for her debut solo album Diva in 1992, which went double platinum in the U.S. and quadruple platinum in the U.K. Its first single, "Why," offers emotional lyrics showcasing Lennox's softer and more introspective side, a far cry from her driving performance of "Missionary Man."

It's important to point out that both C major and A minor are relative chords of one another. This means that the scales of C major and A minor share all of the same notes, just rearranged in a different order. From a songwriting standpoint, using chords that are relatives of each other make for smooth transitioning, because they come from essentially the same scale, and therefore, sound good together. Shifting between major and minor chords that are relatives of each other adds color and emotion; you can drastically change the mood of a song while staying in the same "home" scale.

A dramatic key change from C major to D major happens at 1:25, emphasizing the emotions of self-doubt in Lennox's lyrics: "I tell myself too many times, why don't you ever learn to keep your big mouth shut?" The mood subdues again in a smooth transition back to C major ("Falling from your mouth"). This key change repeats later in the song, after which the beautiful three-part choir returns, this time with Lennox's heartfelt lead vocal layered over it, until the song dramatically ends with her whispered lyric, "You don't know what I feel." It's a striking, emotionally charged close to one of the finest ballads of her solo career.

Leila Abdul-Rauf is a multi-instrumentalist and composer based in Oakland, CA. Leila is guitarist and vocalist for metal bands Vastum, Hammers of Misfortune, and ethereal post-punk band Terebellum. She also composes and produces ambient music under her own name and with electronic trio Ionophore. She has toured internationally and is a private guitar and voice teacher in her spare time.