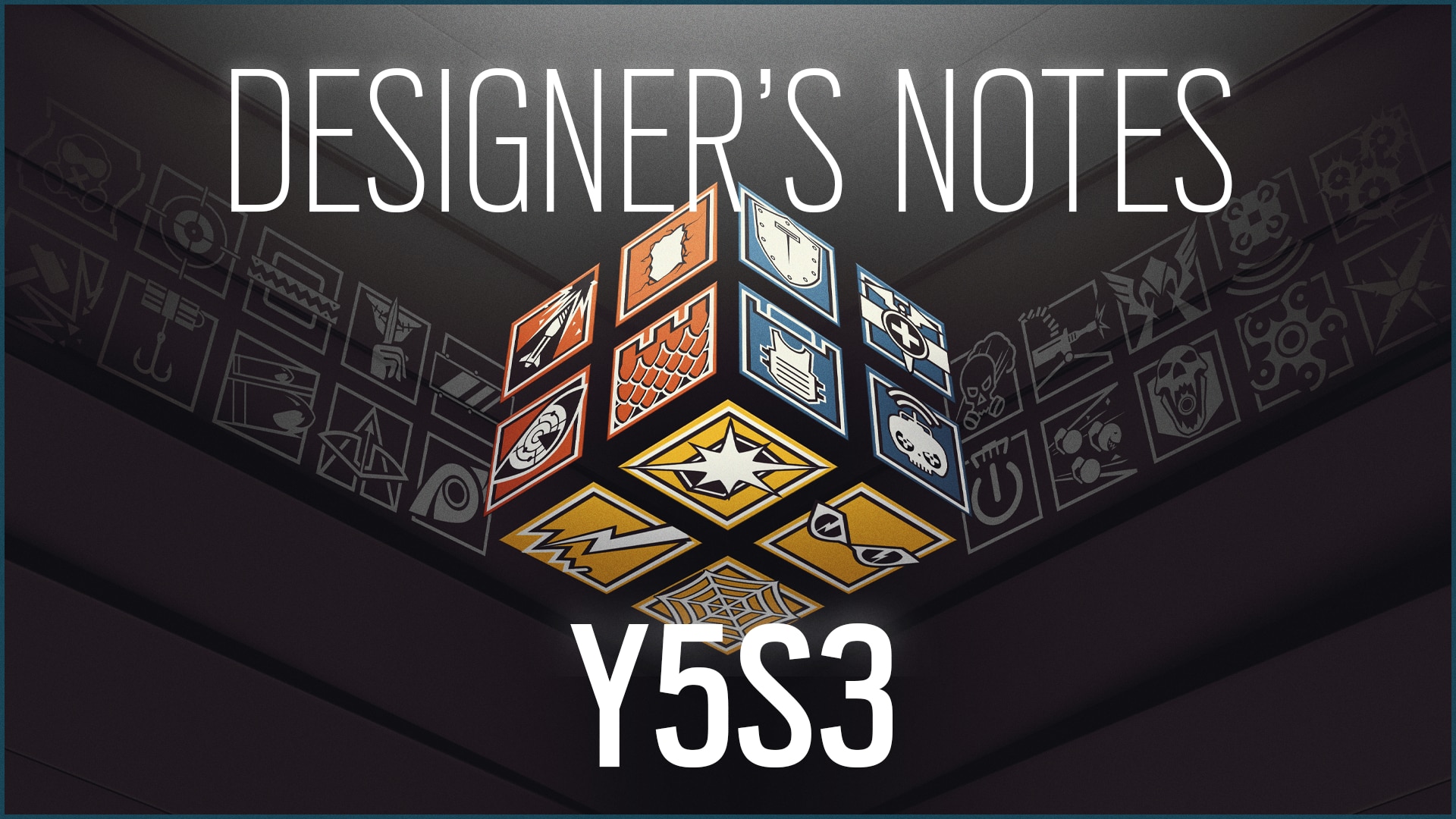 In this latest edition of Designer’s Notes, we'll go into more detail about the balancing changes that’ll come with the Shadow Legacy patch and give you an insight into the reasons behind these changes.

Currently, Maverick needs 2.3 canisters to open a hatch with the Suri Torch.

The previous number of Gas Canisters left very little margin of error to open two hatches, even for pro players.

By increasing the number of Gas Canister at his disposal, we would like to give him a slight Presence bump in the Casual player spectrum.

This change will not allow Suri Torch experts to open more than two hatches, which was already the case in Y5S2. However, resource management should now be easier to handle for everyone.

The hologram is a carbon copy of Iana and controls related to the Ping System are the same as well.

We hope that this change will reinforce the level of synergy and cooperation that Iana brings to the attacking team, we also hope that it will also rationalize and streamline her ability.

Too often, Thatcher's EMPs ended up destroying Defender gadgets by accident or without real intention to do so.

The following gadgets affected by Thatcher's EMP are now disabled for 15s instead of being destroyed prior to Y5S3:

Note¹: When affected by Thatcher's EMP, Gu Mines will now lose their cloaking ability, and won't be triggered nor destroyed when stepped on.

Bandit Tricking (and other similar techniques):

Now, a disabled battery can be picked up to remove the disabled state. However, this takes more time to perform than deploying a new battery after the first one had been destroyed.

In addition, we have updated IQs gadget feedback when she locates a disabled electronic device.

The white outline around the electronic gadget is still present but the pulse animation around the gadget is not displayed.

Thatcher mains will have to think a bit more and increase synergy with their teammates, before spending their ressources.

We are aware that this is a big change for Thatcher which should lead to more consistency around the EMP effect in Siege.

It may improve Defender performance as a consequence, but we'll monitor the impact of this change and react as we feel necessary.

Almost our entire pool of weapons is going to be changed with the addition of new sights.

Given how important these changes are, a dedicated blog with additional detail and information will be made available soon.

With the addition of the Hard Breach Charge, our goal is to provide the attacking team with more tools against their opponents.

Picking a hard-breacher is often a must for many bombsites. It reduces the flexibility of the attacking team's composition and increases pressure on the Operator tasked with opening reinforced walls and hatches.

The gadget will not perform as well as pure hard-breachers. It takes 3 seconds to deploy and 6 seconds to explode and the activation of the charge will be automatic.

The breach created will be too small for players to run their way through it and will require player to either crouch or vault their way in.

This new gadget could open a window of opportunity for Teams willing to adopt a more versatile approach and reduce the pressure on Hibana, Maverick, Ace and Thermite mains.

This is quite an important change, and results will be monitored closely. We would like to see if the presence of Operators listed above will increase as well.

Population targeted by this change: Top Ranked and Pro League.

With Y5S3, we are introducing a change that will enable attackers to effectively destroy a reinforced hatch, combining different hard-breaching devices.

If an Operator does not fully open the hatch, another one will be able to finish the job and invest ressources proportionally to what was already done.

Before Y5S3, opening a reinforced hatch required one Exothermic Charge, or 4 X-Kairos, or 116 Breaching Torch impacts, or 2 Selmas.

Hatches were destroyed only when one of those conditions was met. When enough X-Kairos were destroyed to deny the destruction of the hatch, Maverick still needed to invest 2.3 canisters (or 116 Suri Torch impacts) to open it.

With the introduction of the new Hard Breach Charge, as we are having more and more hard breaching tools, we also felt that we needed be able to combine them.

Now, reinforced hatches will have a health-pool of one million points and each device will deal damage as follows:

With this change, you will be able to combine your resources more efficiently to reach the one million damage necessary to destroy the reinforcement.

We have not changed the way each device works by itself, we are just opening the door to more strategies and synergy.