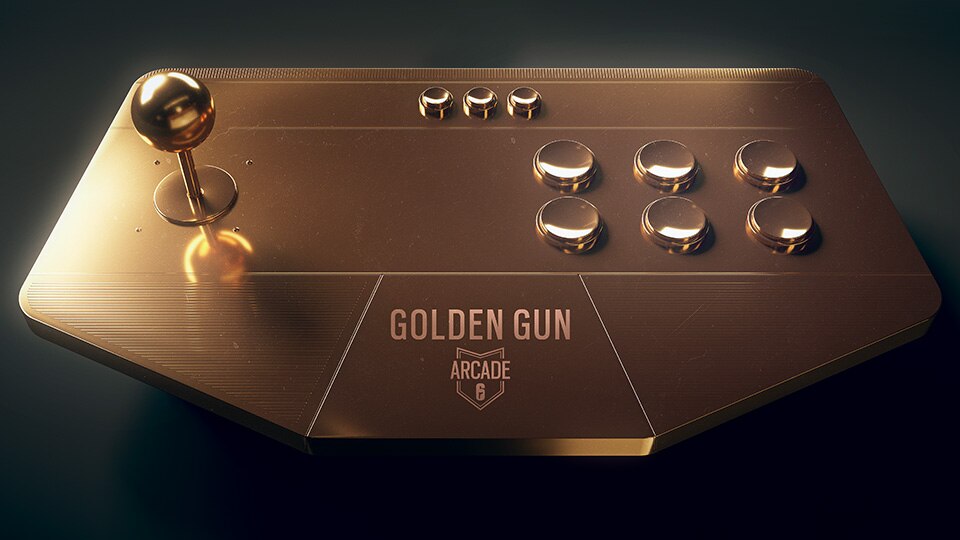 Golden Gun is back with a twist! Arcade game modes are playlists that offer small scale gameplay modifiers for a limited time, and each might come back in the future if the community likes it. In this one, you will find yourself playing on three maps with a dangerous weapon that requires you to make every shot count.

From June 28th to July 5th, master the Golden Gun!

In this Arcade game mode, the action will take you around Coastline, Close Quarter and Neighborhood in a Team Deathmatch with a very special weapon: the Golden Gun. There are two things that make it very special. First, every bullet that finds its mark will instantly kill that Operator. Second, the gun only holds one bullet at a time, which means you must reload after every shot. Make every bullet count because you have no other weapons or gadgets at your disposal!

The list of Operators has been curated for the event due to changes in main weapon, secondary weapon and gadgets. Those participating will see their speed increased to the maximum rating, keeping things fast paced and action-packed!

During the Golden Gun Team Deathmatch, your goal is to be the first team to reach 75 kills! The same basic rules of Deathmatch still apply, such as number of rounds and respawn parameters, so get ready to feel your adrenalin pumping.

This golden weapon skin, called Extravagance, will be available to unlock for the D-50 with either 12500 Renown or 300 R6 Credits. However, you will need to snag it quickly because the D-50 skin will only be available for the duration of the Arcade game mode!