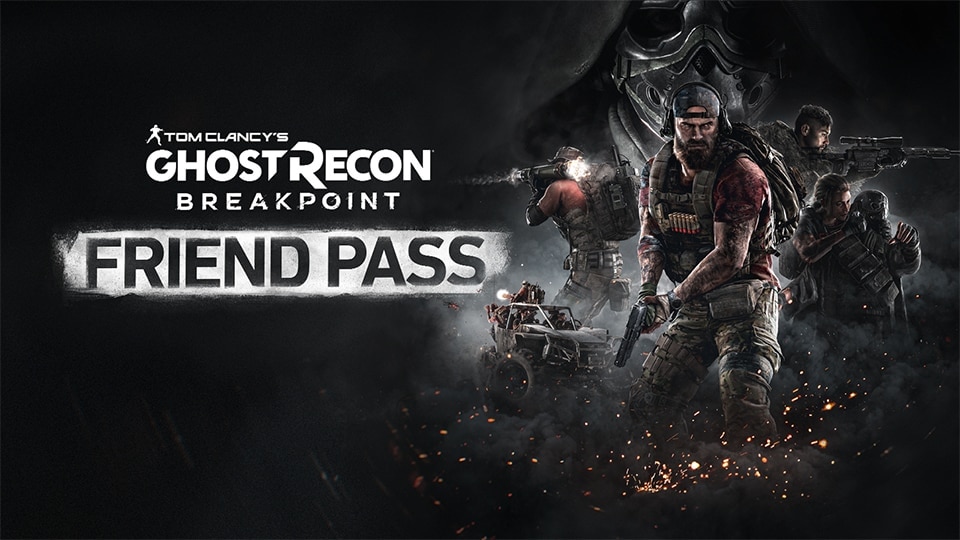 We are pleased to announce that the trial and Friend Pass are available now in Tom Clancy’s Ghost Recon Breakpoint. Be ready explore Auroa with your friends for free!

We are pleased to announce that the Friend Pass is now available in Tom Clancy’s Ghost Recon Breakpoint. If you’ve purchased any edition of the game, the Friend Pass allows you to invite up to three friends at a time who don’t own the game to join your session and play co-op with you for free. You can invite as many friends as you want, but no more than three at a time.

The Friend Pass is available on Xbox One, PlayStation®4 system, and PC until June 16th, 2020. Your friends will have to play on the same platform as you and will need to have the trial version of the game installed with the owner of the game connected.

If you do not own Tom Clancy’s Ghost Recon Breakpoint, the trial will give you access to the entire game for six hours of playtime. The trial timer pauses when the Friend Pass is used, and once you reach the time limit, your progression saves and you can keep playing through the Friend Pass or by purchasing the game. Players who played during the free weekend for six or more hours can download the trial but must be invited through the Friend Pass to play Tom Clancy’s Ghost Recon Breakpoint. Players who spent less than six hours with the game will be able to enjoy the remaining playtime in the trial version.

Please note that optional items (e.g. Ghost Coin packs and the Year 1 Pass) are not available for purchase via the in-game store while using the Trial version of Tom Clancy's Ghost Recon Breakpoint.

If you purchase either Ghost Coin packs or the Year 1 Pass from a first-party store, you will not have access to them in the Trial version. To use them, you will need to upgrade from the Trial to a purchased version of the game.

A PlayStation® Plus or an Xbox Live Gold membership is required to play in co-op and use the Friend Pass. 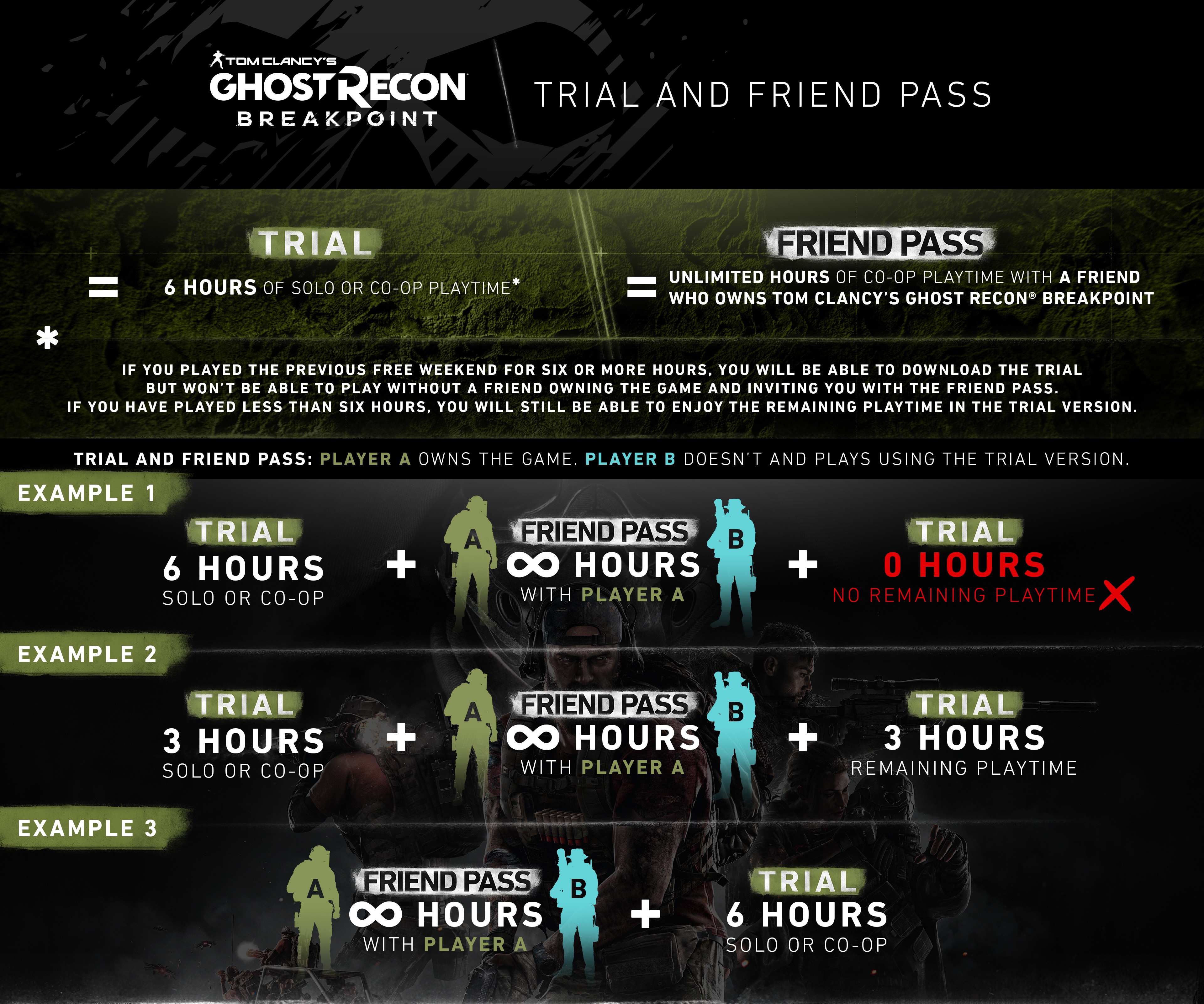 Squad up and take on the Wolves in Auroa together!