Play The Crew and unlock up to 18 vehicles in The Crew 2 before its release!

Today marks a great milestone for the whole dev team and the Ivory Tower studio, with the official reveal of The Crew 2 new motorsport experience!

We're extremely excited to be able to reveal a first glimpse of the new motorsport experience we have been working on for several years now. However, it is first and foremost thanks to your support and your passion that we were able to foresee an amazing future for our beloved franchise.

We recently celebrated the 12-million-player mark on The Crew, and we wanted to thank you once again - not only with testimonies and heartfelt letters, but also with some fantastic surprises to help tide you over before the release of The Crew 2.

FREE VEHICLE FOR ALL THE CREW OWNERS!

First of all, we are thrilled to offer ALL The Crew owners the iconic Ferrari 458 Speciale for their upcoming road trips in The Crew 2!This supercar will be waiting for you in your garage when you start playing The Crew 2, allowing you to delve into this new experience as easily and stylishly as possible.

To be eligible for this reward, you need only ensure that you have launched the game at least once before the release of The Crew 2. The Crew Wild Run and The Crew Calling All Units aren't required. 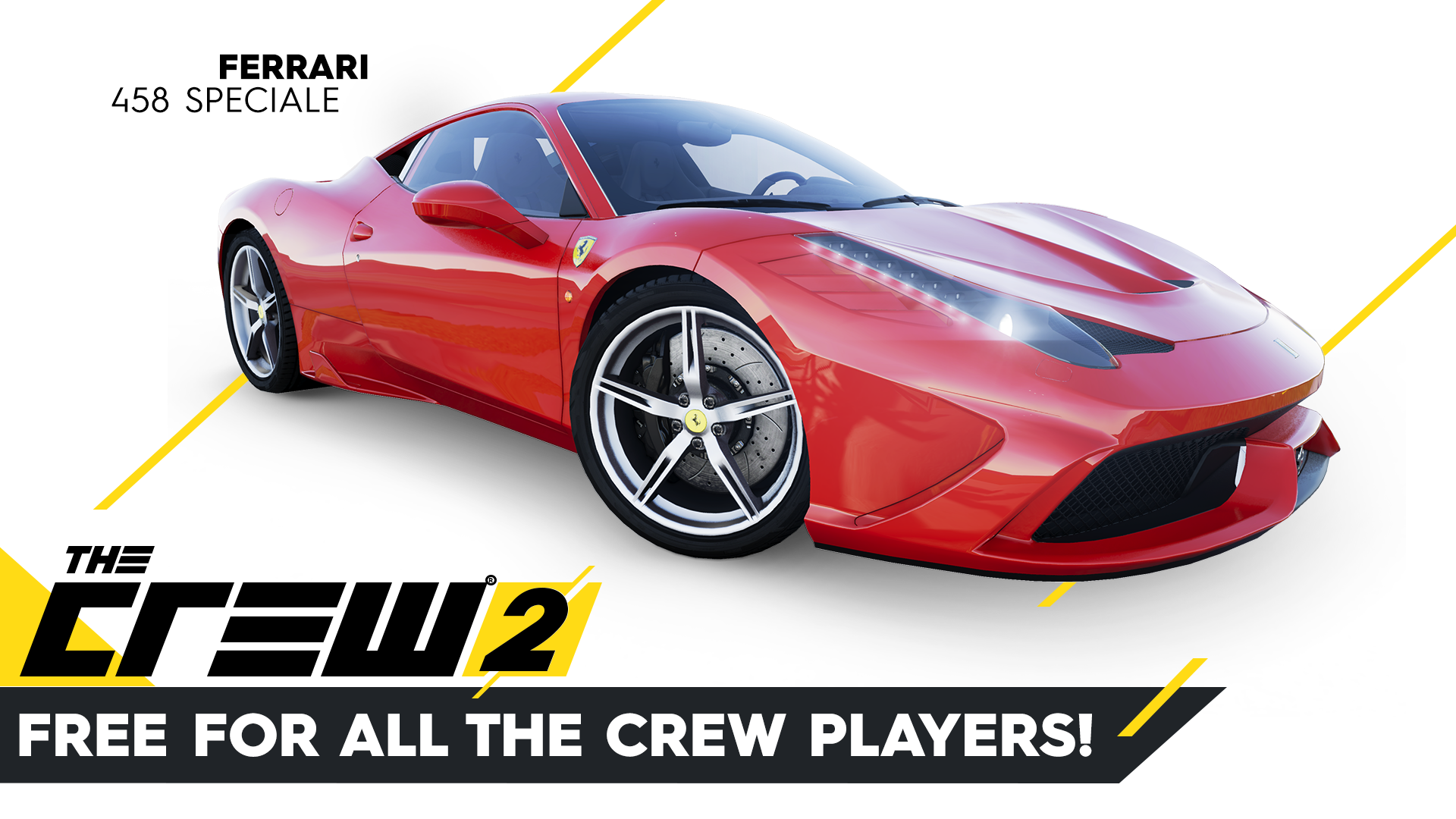 THE CREW REWARDS PROGRAM - COLLECT UP TO 18 VEHICLES!

But that's not all! The journey continues on The Crew and all your past and future successes will reap extra benefits in The Crew 2! 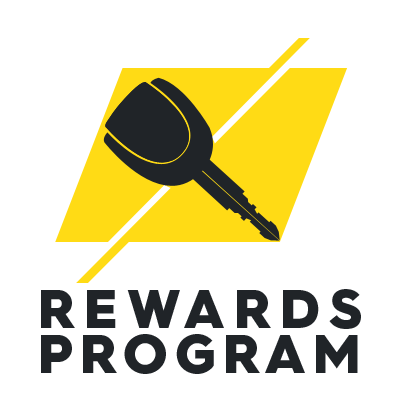 Thanks to the Rewards Program, all The Crew players - current, past, or to come - will be able to unlock exclusive content on The Crew 2 thanks to their in-game successes.

Don't wait any longer to become the next king of Motornation!

By participating, you will be able to expand your The Crew 2 garage step by step to unlock up to 18 vehicles for release!

Starting today, we will unveil two awards per month until the end of the year. Each one will consist of a specific action to perform in The Crew and an associated The Crew 2 vehicle as a reward.

Of course, if you already completed these awards in The Crew then you will not need to repeat them - Reward unlocking is retroactive.

The actions will offer a variety of difficulty levels, and we encourage you to head to the forums and share your best tips with the community!

All players who successfully complete five, ten, or fifteen of the listed actions by the game's release date will also be rewarded with vehicles exclusive to The Crew 2, so stay tuned to learn more.

With all that in mind, it's time to join the starting line with the first three awards, available as of today!

You can track your progression directly in game, in the Awards section tab, or connect to the dedicated page available here.

The Crew Rewards Program is available now and until the release of The Crew 2, so don't forget to unlock your vehicles by then!


For more information about the Rewards Program, discover our official FAQ on the Ubisoft Support Portal.


We'll be back next month with the next batch of awards and associated rewards. Thank you again for your support, we are looking forward to seeing you on the road again, 510s!
The Crew Team


For more information on The Crew 2, join the The Crew community on the forums and Reddit.